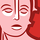 1. In the PM8000, a setup register called "enable" was added. The "enable" input of the module is also still present. I'm not sure why two ways of enabling the sag/swell module would be an advantage (?).  Another issue: if sag/swell is setup from a Vista diagram, none of the "enable" registers is being displayed and unfortunately, this setup register is disabled by default. I thought that, by entering the nominal voltage in the Vista diagram, the sag/swell detection would work (as with the ION-meters) but unfortunately it didn't.

2. In the default configuration of the ION meters the nominal voltage input of the Sag/Swell module is left unlinked. In the PM8000 this input is linked to the FAC nom volt input. I see the reason behind it but on the other hand it makes things complicated if the default configuration of an identical function differs from one meter type to another.

This module is quite more complicated than the previous one but it give you more room to play with I consider this new feature as advantage. Page 521 in the ION Reference explain everything.

There are some case that we need to work with this on condition however if the input is unlinked the default will be enable.

In my case our customers are utilities who are studying PQ deeply in their grid.