Back to Building Automation Knowledge Base
Options
0 Likes
2858 Views
Trying to translate this page to your language?
Select your language from the translate dropdown in the upper right.

Controllers may leave their network and join another if a nearby network has an identical "Extended network ID", "Channel" or "PAN ID"

Before deployment, and in order to ensure having a reliable ZigBee network, one has to be aware of the best practices and the limitations of RF signals. Here are some key points to be considered

Network Conflicts: Always change your Extended Network ID from the factory default. The best thing is to use a naming convention that makes sense. One suggestion would be to use "SSLLITxx," where "xx" is replaced by the floor the network is on. For example, floor 5 would be "SSLLIT05." If you have multiple networks on the same floor, adding a letter code helps denote them. For example, if there were 2 networks on floor 5, "SSLLI05A" and "SSLLI05B" can be used.

Note: In Firmware 2.20.1, the ZigBee Extended Network ID parameter is set by default to a unique string based on the serial number of the MPM. This will eliminate the possibility of having duplicate Extended ID's in a new deployment. For existing installations, the Extended Network ID will remain unchanged if upgrading from a previous version.

Alternating Channels: Alternating channels between network will minimize interference ensure stability. For example, for a 5-story building, alternate between channels 20, 25, 20, 25, 20. 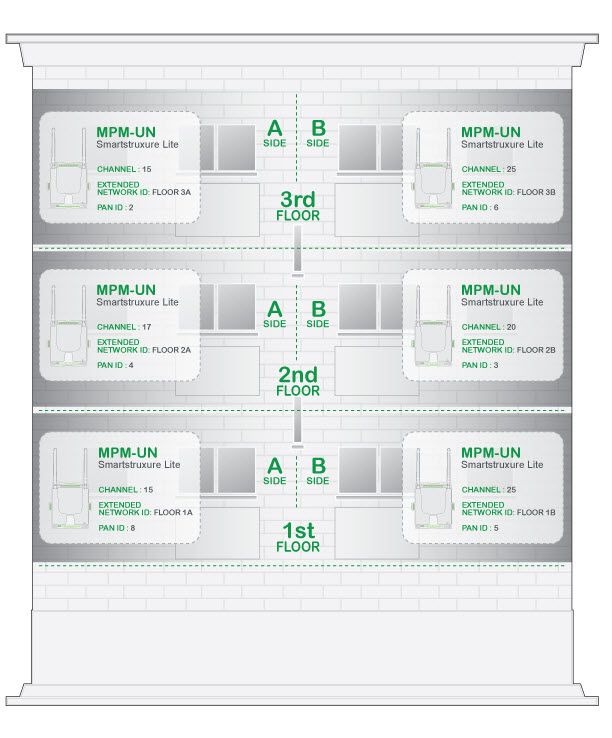 Tx Power Upgrade: The default value for "Tx Power" is 5dBm which was designed in order to meet various regulations in certain countries (Europe). However, the "Tx Power" can be increased to 18dBm in other regions of the world (North America) to boost the transmission power of the MPM.

Interference: There are different types of interference when a wireless signal travels through a given space:

Also, the presence of individuals or water will diminish the signal due to the water's ability to absorb the signal.

Route Redundancy: It is critical that the signal has multiple routes to hop from one device to the other, from one edge of the network to the opposite edge. (See example in images below) 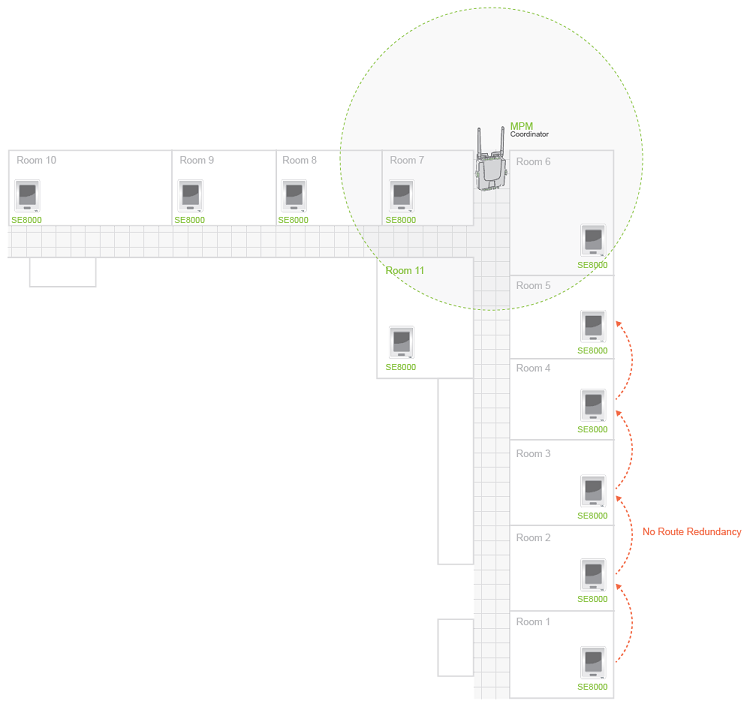 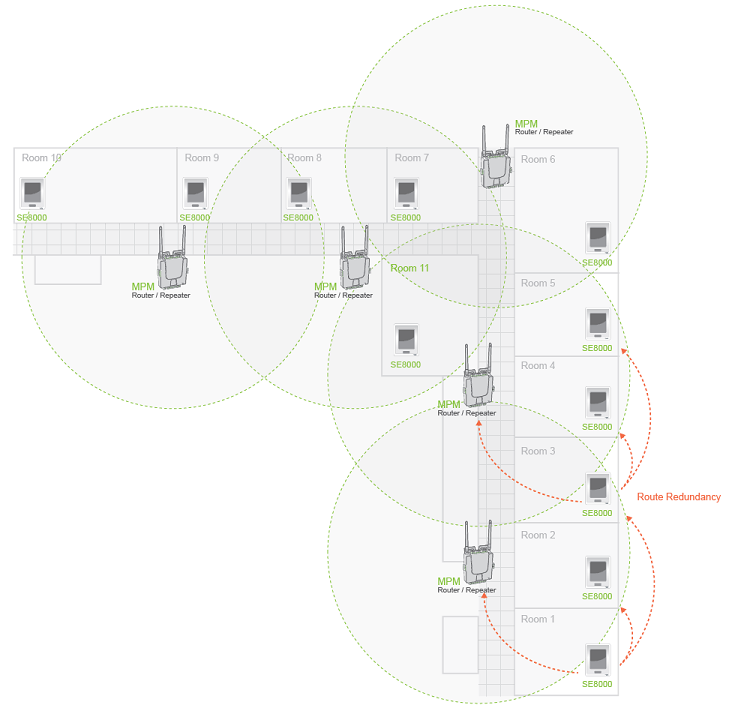