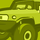 I have an XS 1500 that shows all normal online indications with a full battery indication. With no abnormal line activity the battery meter will show empty (no bars) and flash. Then a few minutes later it will show that the battery is full again (5 bars). Several minutes later the entire pattern will repeat itself. I have turned the unit off, unplugged it, removed the battery and reseated the battery and repowered the unit. This has not helped. The unit has also malfunction twice in about the past 6 months. The malfunction involves the unit making a buzzing sound with no backup output power. Powering on and off resets it to a normal state, but with the intermittent battery indication already described. This unit is not connected to a computer (software), but is used for power backup on our office cable modem, Ethernet switch, PBX, and NAS totaling a load of 53W. Anyone have any ideas on what I might try other than replacing the unit?