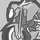 Having done a little research I am left a little unsure about the way to go. My situation is that I have an iMac mid 2011 model with a 27" display, but I plan to get the new Mac Pro when it comes out (http://www.apple.com/uk/mac-pro/). Naturally the Mac Pro will consume more power, one would imagine anyway, it's a beast of a machine. The forum I have been following closest details the issue of "simulated" vs "sinewave", and that I'd be better off going with a "true sine wave unit" for a Mac unit. Not sure what that means, but it seems like sound advice as it's mentioned often enough in other threads.

I do not mind paying more, but would like to be able to use it when I get the new Pro. Based on the existing Mac Pro, how much time would I be looking at if I were to get a "APC Smart-UPS 1500VA LCD"? I will probably max it out at 12 cores, lots of RAM and have a 4K 27" cinema display, I will also have two external HDDs (each connected via a Thunderbolt cable) and need a little help guestimating the overall power requirements?

I will wait until the Pro is released of course, but just to get an idea I would like to know where things stands right now. I could always get the 1500VA now and upgrade later to another one I suppose, that being my long term purchase I am also interested in the cost of replacement batteries.

One thing I would like to know is if the UPS is noisy or not, apparently it has it own fan..