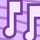 I'm running 2 small logging units (4-20 milliamp stuff) and a desktop PC off a UPS XS 1500 and a similar amount of hardware off a XS 1300. Both the XS 1500 and XS 1300 are powered by the same generator unit. These loggers/computers have been running continuously for 3 months without fail, 2 days ago the xs 1500 shut down without warning and without a loss of supply power, taking all my logger data with it. It showed F06 which is the code for 'relay weld', the xs 1300 was unaffected. This morning the xs 1300 began showing an estimated battery time of 0 minutes and 'event 4'. The timing of these two issues seems like it must be related, any idea what may be going on? Or what do I need to do to keep one or both of them from shutting down unexpectedly? It worries me that the 'back-up' power is causing critical data losses given that it's only job is to prevent such occurrences.

A few details:
-The generator is a dual CAT 275 KW generator with a light load. We switch between the two generators every 2 days for maintenance. During the brief outage (2-3 minutes) the UPSs have functioned properly.
-The supplied power to the UPSs is 60Hz +- 1
-The load on the UPSs is low, about 15-20% capacity on both the xs 1500 and xs 1300.
-The load is pretty consistent, the most variation in load on the UPS is no more than a normal desktop PC produces.
-The generator supply does vary a little, there are some air compressors and large industrial heaters running off the same genset, when those kick on/off there is a minor but noticeable flicker on the overhead lights (even with this equipment running we're still not using the genset to it's 275 KW limit).
-The xs 1500 failed seemingly at random (not during a generator change or time of high load), showed the code for "relay weld' but now seems to be working fine.
-The xs 1300 has not 'failed' in the since that it cut out power like the 1500 but I worry that it won't provide battery power when the supply power is shut down next time.