I have managed to somehow get myself into a reasonable size mess created by a local contractor.

Site has 3 buildings, each with rooftop solar.

Architecture is - 2 of the buildings have 1 x EM1350 and 1 x Link 150 each, both buildings are then connected to a ComX510 with a single EM1350 also directly connected to it on the third building.

The site has been "running" for 6 months, and the contractor is now trying to make sense of the ComX data.  The Wh output is well above his expectations, and above figures comparable suggested by the sum of inverter data, which does not have great accuracy.

What I have found is:

So I have swapped the CT's and secondaries around so:

The question the contractor then posed to me is... "is there any way of applying a ratio / offset etc, to the BLDG 1 & 2 historical data to compensate for the CT reversal and incorrect CT on one phase out of the three?"

I believe there may be a considerable rebate at risk if the data is not properly verifiable.

However if there is a way of salvaging BLDG 2 data I would love to get any of your suggestions.

I also wanted to know why the active power is a positive when the CT's in BLDG 1 & 2 were initially reversed?

I would start from Meter Wiring Diagnostic Tool (Phasor Diagram, Phasor Tool) ​and modify it to show the output powers after a corrections.

I am confident my changes have corrected the wiring issues, and from now the meters will be OK in their measurements.

Wondering if there is any way to salvage any data gathered over the last 6 months to help them claim their rebates (particularly for BLDG 2)? 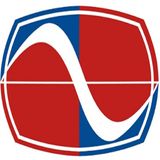 1) Sadly, there is no easy way to alter the historical data within a Com’X. One has to be intrinsically familiar with the inner workings of a Com’X. If you are, and you do play around with the firmware then will you probably not be supported by Schneider. Only safe way is to extract to a .csv and manipulate in Excel.

2) If the CTs were hooked up the wrong way to start, the information gathered by the meters over the period of time will be gobbledegook. Simple. You will not be able to extrapolate any meaningfull data.

Rule of thumb: validate prior to logging

1) We had no intention to modify ComX, just csv data if there may have been some sort of offset / ratio that could be applied.

2) I think the same, but was living in hope.

3) if we had involvement from the start, yes obviously validation is the key, unfortunately we only got involved 6 months down the track.

No worries. Yeah folk like us are always in last. I’m battling with contractors / installers at the moment.