Back to Building Automation Knowledge Base
Options
0 Likes
1441 Views
Trying to translate this page to your language?
Select your language from the translate dropdown in the upper right.

Understanding how to check the firmware version of the USB-485-INET adapter and upgrade it to the latest version.

Note: If the USB adapter is not at least at firmware version 1.02 then the system may experience communication issues in which I/Net values are not updating in SmartStruxure or Automation Servers may be dropping offline.  In some cases, the Enterprise Server can lock up due to the older firmware in the I/Net USB adapter.

To Verify the Current Adapter Firmware Version in EBO 2.0 and Higher 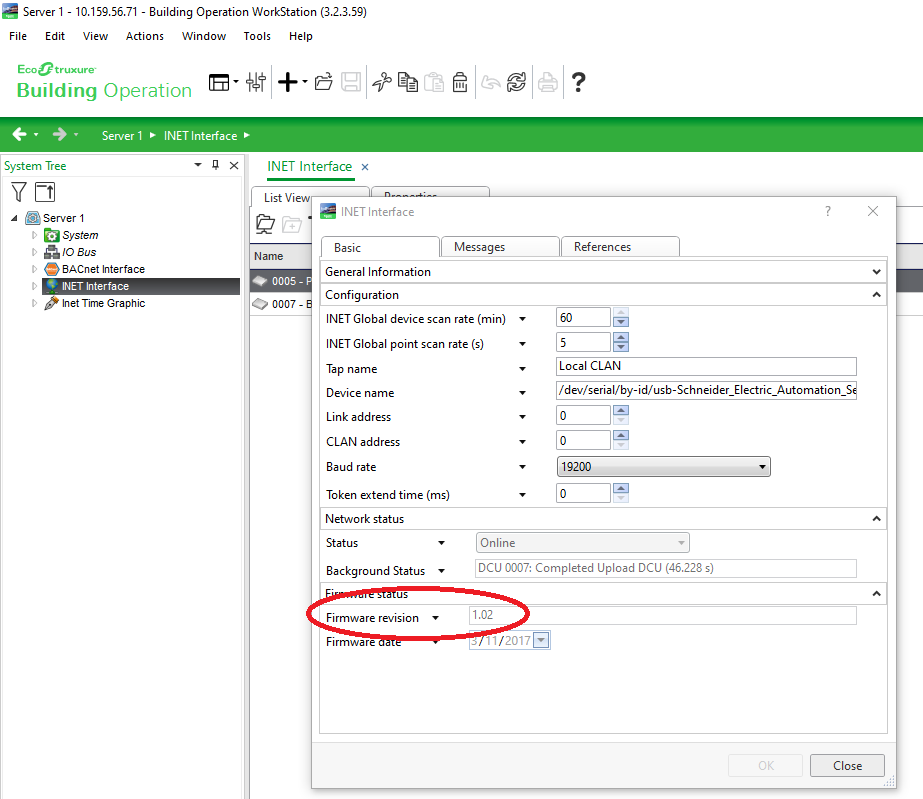 To Verify the Current Adapter Firmware Version in SBO 1.9 and Lower 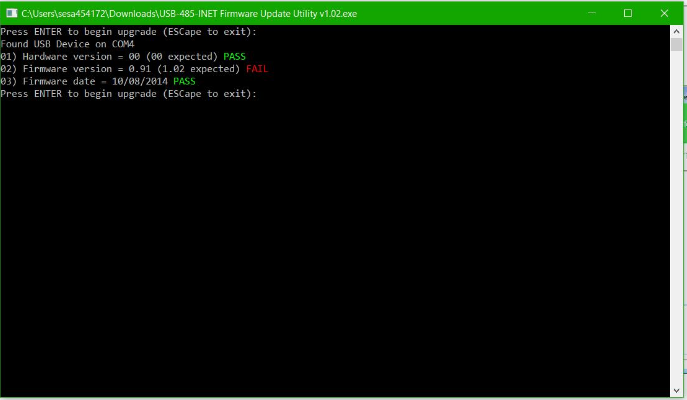 The process to Upgrade the Adapter Firmware

Note: If the I/Net USB adapter is already plugged into the laptop from checking the firmware version as described above, then to start the upgrade process USB cable will need to be unplugged from the laptop. Then follow the steps below. 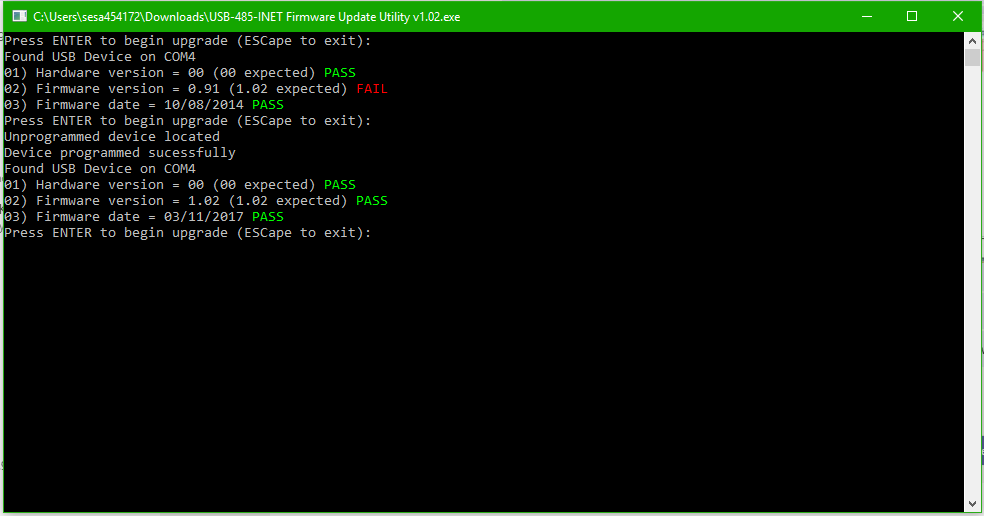 Some laptops will not recognize the USB Interface and will not assign it a Com port.  If this is the case you will still be able to upgrade the firmware.  But instead of giving the Com port the and the firmware version after the upgrade is complete, it will show "Unable to find USB Device".   Also, you would not be able to check the firmware version prior to upgrading as mentioned above.  To correct this you must install the 7801 Tap.inf driver.  Click here to download the 7801 Tap.inf drivers.