Back to Building Automation Knowledge Base
Options
0 Likes
400 Views
Trying to translate this page to your language?
Select your language from the translate dropdown in the upper right.

A new feature in EBO 3.2.X where the value is grayed out when the binding on the priority of a BACnet object matches the BACnet Default priority level

In EBO versions prior to 3.2.X, when a bind in Priority matches the Default BACnet Write Priority, the values can be changed without forcing.

From EBO 3.2.X, users need to force the value, let it change, and then un-force it. The following screenshots show this feature in more detail.

The following image shows the Default BACnet write priority has been set to 16. 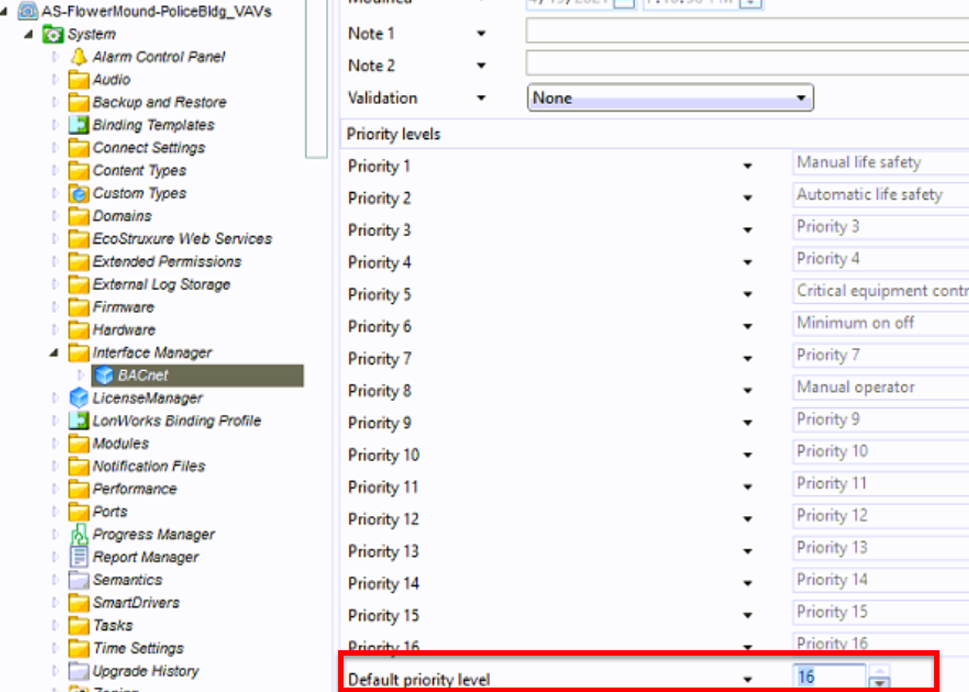 Now, for example, if a program output is bound to Priority 16 of an analog value:

The value property would be greyed out and has to be forced if changes are needed. 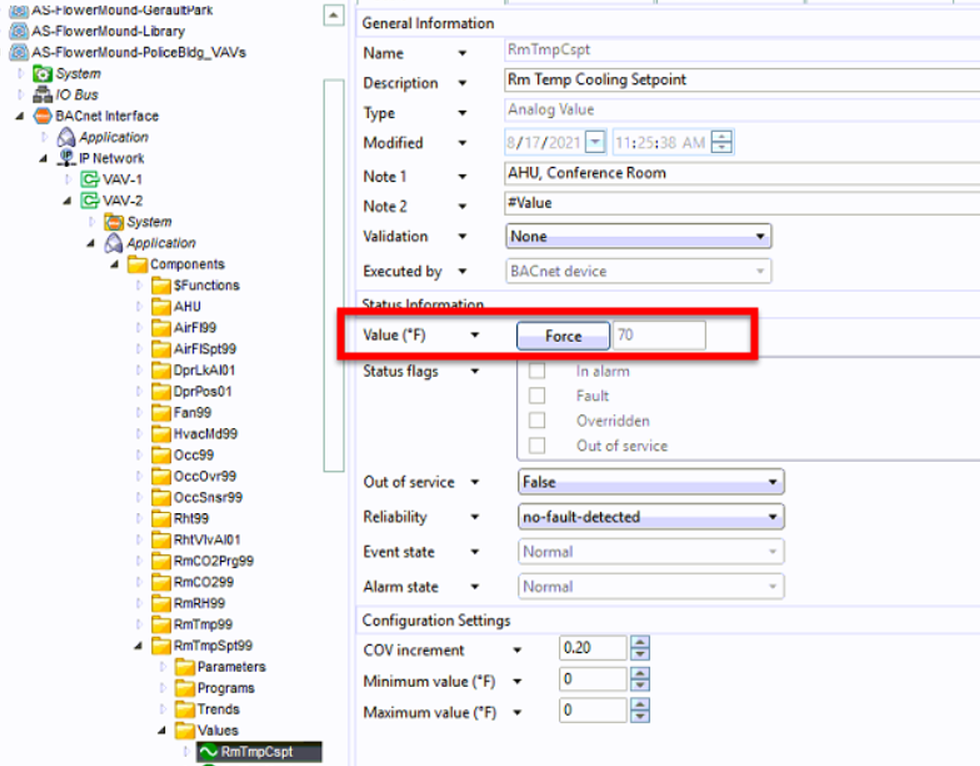 This is a new feature in EBO 3.2.X which is not mentioned in the Release Notes documentation.

A defect # 45570 has been documented in Release Notes 3.2.X about “Webstation - BACnet analog value's value property is not greyed out when there is a bind to the default priority.”. This issue has been fixed in EBO 4.0.X.