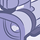 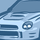 I have the exact same issue. Brand new 1000 xs unit. Plug into wall and beeps twice every 2 seconds. No load at all. Nothing plugged in. What was the solution or issue?

Have you properly connected the battery?

Pretty much the same problem as the OP. I have used lots of APC products so was kind of surprised to read about all the problems with this unit.

New unit, brought it home and set it up, ran through the configs, did an initial self test, everything looked great. Within 48 hours the unit was chirping at me every few seconds. Logged in and the PowerChute software popped up and told me there was an internal error. Tried to run the self-test and it failed, again with an internal error. BTW, it would not even try to go into self-test with the alarm silenced. Power cycled the unit and the alarm came right back. Turned the unit off for several hours and when it was turned back on the chirping had stopped, but the battery had gone from 100% to about 17% whiled turned off and I had no devices plugged in to the unit. A quick self-test took the unit to almost 0%. The battery has now been charging back up for several hours and is almost back to 100%. We'll see if it starts chirping again.

I have the exact same issue. Brand new 1000 xs unit. Plug into wall and beeps twice every 2 seconds. No load at all. Nothing plugged in. What was the solution or issue?

Have you properly connected the battery? 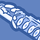 i purchased several of these units. some from office depot and thats where this one was from.

purchased it on wednesday of this week.

this morning it was doing the EXACT same behavior as the OP of this thread.. to the letter! beeps, but was showing online and knew it was on the utility power.i muted the speaker, however it kept discharging. i had items plugged up to it then entire time. i plugged up the laptop and it showed no faults however it could not complete a self test.. just stated it could not do it at this time..

then, after i plugged up the usb datacable, the unit started charging! so as i was doing the steps above (attempting self test...etc) the unit seemed to start charging. because i went into the tech screen and it showed "charging..."....

anyway, i traded two of these in (including this one) for the next size up, the 1300G model... will see how that works...

Aside from the chirping sound that is produce and an empty battery bar, do you also see the battery bar flashing?

No, nothing was flashing, just an empty battery bar and no error codes of any kind. It was really weird that it discharged itself with no load and it was aware of the voltage from the wall. The indicators did not show that it was running on battery.

I sent a PM to you Alan. Please feel free to respond back. 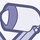 Breathing life back into an old thread...

Mine started chirping like this sometime last night. It's a replacement I've had for two days, direct from APC- a replacement for one that died from the F06 error (switching relay? problem). 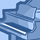 Same here. Bought a BX100G in November of 2011. Experienced the same chirp-chirp; pause phenomenon as described.

Engaged tech support via chat (helpful but slightly tedious). Got an RMA (had to complain to get the pre-paid shipping). New unit arrived promptly.

Plugged it in (no equipment attached) and, within 2 days... chirp-chirp; pause. AND the on/off button wouldn't switch the unit off.

No resolution; but useful to note that there WAS in fact, a manufacturing issue.

I am having a similar problem with the same type of unit. I first bought one (no. 1) in December of 2010. I took it home and attempted to install it. The moment I first tried to activate it I received error messages. The "internal fault" warning came on. I called APC and they told me to that the unit was defective. I took it back to the retailer and received a replacement (no 2).

The replacement died the afternoon of July 25, 2012, just as I was about to leave town for an 8 day vacation. The computer was going to be used by my house sitter. APC phone support talked me through some diagnostics, then told me that the unit had failed. Since it was still under warranty they would send me a replacement, but I would be responsible for the cost of shipping the failed unit (no. 2) back to them.

The replacement unit (no. 3) arrived while I was out of town. When I returned I attempted to install it. The unit started beeping 4 times every 30 seconds. I found that the surge suppressed outlets worked fine. However, I found that the unit was running on battery power even though it was plugged in and receiving power from the utilities. Power out was 114 V. Power in was 0 V.

So, here I am with 2 faulty units and the expectation of having to pay to send both of them back to APC. I have not yet talked with customer service about this latest failure, but I am tempted to give up and buy a unit from a different manufacturer. Rather than pay to send the units back to APC, I may just recycle both batteries and enclosures and tell APC that they have lost my business. 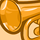 Time to bump this back up again.  I have a Backups Pro 700 that has been in operation for a few years now (may still be in warranty), and this morning around 3:30a cst I did notice some extra bright lightning flashes (since my eyes were closed) and heard all the ups units in the house beep in unison as the power must have flickered once or twice.

This morning this unit was behaving exactly like the OP's--beeping 2x every second, and flashing blank battery bar.  Any ideas?