APC ups to allow overload for a short duration 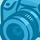 APC ups to allow overload for a short duration

I, long time ago, started a discussion about overload problem my old APC BACK-UPS RS 1500VA 230V. I have found out later, overload problem was not about faulty ups, but it was about my psu (of the computer).

Let me give you some figures.

lets say, We have an ups with a capacity of 900 watts

With these figures, a "line interactive" ups should operate normally in blackout right?

I found out that this is true ONLY if computers psu power is lower than 900W.

I found out that if blackout happens, line-interactive ups takes couple of ms to intervene, after those miliseconds, psu draws as much power as it can to compensate its power loss for a very short time. (under 1 sec i guess). In this case, if psu's power exceeds ups power limit, then ups gives an overload error.

My question and suggestion is this: In my country, some local ups brands have a feature,they allow their ups to be overloaded (during battery operations - blackout) for a very short time and they give numbers like : 110% overload for 10 secs 120% 5 secs 150% for 1 sec.

So i think APC dont do such a thing, but it would be great if APC implement a feature like that. Because It saves me the trouble to buy a 2000 Watt APC. Because in theory a 800-900 W APC should do the job (line interactive)