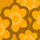 After a recent power failure that lasted for 2 days, my UPS did not start up again. So I pulled out the batteries and recharged them all to an average of 13.2V with a separate charger, reassembled the battery trays and fired up the machine. With all systems go, I thought it would be good to do a calibration test with a 1800W heating element. About 10 minutes into the test the bleeper went off and the Fault light came on. Shortly after the unit switched off and did not want to start up again. Most batteries tested at between 11.5V and 11.7V and three of them at 10.8V.

So, my logic said it was probably time for new batteries since they have been in operation for about 3.5 years. A new set was installed and then the fun started - a fault light with some LED's on the battery capacity bar flashing. The new batteries all measured at between 12.8V and 13.2V. After charging all the batteries separately to 13.3V and making sure they keep their charge, the unit started up showing about 75% charge on the front bezel. I left it alone for a few hours and the charge went up to 100%. So I decided to leave the unit running with no load overnight and by the next morning the charge was down to 25% and by midday the unit shut down again.

I recharged the batteries now 3 times and every time it takes a little longer to discharge - with no load! Here are some stats from the last test:

All 16 batteries fully charged to 13.3V each. The detail below show the time - Battery Voltage & Capacity as obtained via the serial cable & HyperTerminal

Had to go out

Had to leave for work and decided to switch off.

For the second test the trend was similar with the exception that the batteries was drained within 16 hours and the unit switched off.

Some more useless information. I obtained the unit as "second hand" about 3.5 years ago and replaced the batteries. Since then it operated trouble-free through many power failures on an average 60% load. I also have 2 SURT700 units that's been in operation for about 7 years without any problems - each had 2 battery replacements. And I would expect that a significant power supply problem would affect all 3 machines similarly - and that a large enough supply problem to damage the SURT5000 should also damage other electronics around the house which is not the case.

**Can anybody offer any insight into this very strange behaviour...?

Well, I just looked up your LED pattern - battery charger fault. I do see this in the logs a few times...

At this point, it appears the problem is a battery charger fault that would require repair (if offered in your region) or replacement/trade in but I would like to verify serial number and UPS firmware just in case. I believe it is a legit fault (rather than erroneous messages) since the batteries have actually stopped charging.

SURT5000 units come with a pre-installed management card - is that card still installed? If so, I am hoping we'd be able to obtain the log files from it, which would still be there, even if the card is unconfigured or missing TCP/IP settings.

Do you have any further details on which LEDs were on with the fault LED? The event log on board the pre-installed Network Management Card would also give insight to any potential issues i.e. if the UPS is in a constant self test mode or anything similar.

Among the hundreds of blogs/articles on the net I read somewhere that any interfaces/cables should be removed while troubleshooting - so I did pull out the management card (AP9619) at some stage. I may have played around with it when I got the UPS but it was not connected to the network. The only cable connected is the serial cable to access the unit and get the stats.

Unfortunately I did not pay attention to exactly which LED's were flashing at the time - but not all of them. I seem to remember that the top two were flashing with another one further down.

I'm out of town until Friday. I will connect the management card on the weekend and try to obtain the logs you mention.

Many thanks for your reply - I sincerely hope that I can get the unit back to normal operation soon with your help!

Hi Angela, I've had to recharge the batteries separately again before I could power up the unit. Did so, connected the management card & was able to access the logs. I let the machine run and close to the time that I know it would shut down, I downloaded the error & data logs

One more thing - When I powered up the ups, the fault light came on with the following pattern on the battery capacity bar:

Well, I just looked up your LED pattern - battery charger fault. I do see this in the logs a few times...

At this point, it appears the problem is a battery charger fault that would require repair (if offered in your region) or replacement/trade in but I would like to verify serial number and UPS firmware just in case. I believe it is a legit fault (rather than erroneous messages) since the batteries have actually stopped charging.