I wonder why APC PDUs AP7155B and AP7822B are showing unplugged while viewing the sensors as seen in the picture below; 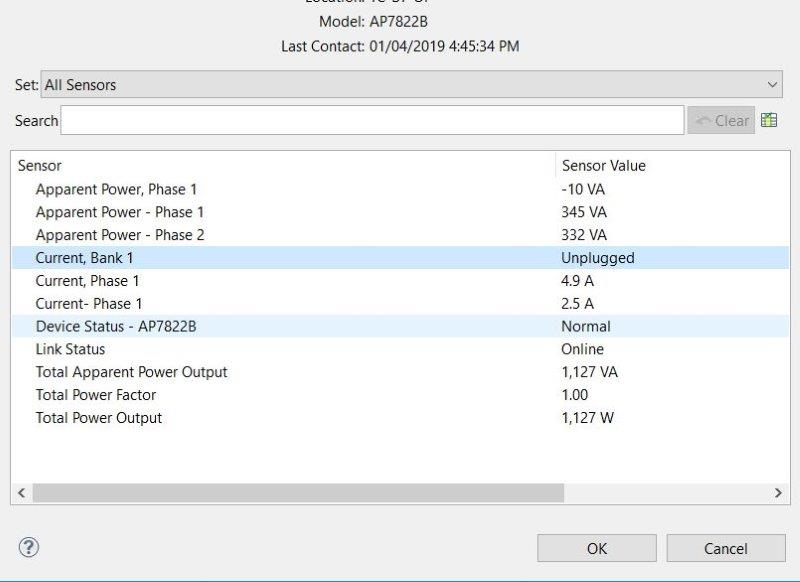 Could it be that there is an upgraded DDF file that needs to be downloaded to DCE? Kindly advise.

Thank you in advance,

What version of DCE are you running? Have you updated recently and if so, what was your starting version? Have you had any specially edited APC DDFs and if so, which ones?

None of the DDFs was edited.

Thank you in advance to advise if DDF has to be updated or if there is any troubleshooting should be made.

What's probably happened is the DDF supporting this device was changed in the DCE upgrade. DDFs are regularly updated during a DCE upgrade. This is something that can happen and is noted in the following k-base:

The sensors may have been duplicated, renamed, and in some instances, removed.

If the same thing is happening to all devices, that is what is likely the issue. Unplugged sensors can also appear if the firmware of a device no longer outputs that value via SNMP. If everything were to go unplugged, it would basically be a lost comm issue.