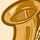 I would really appreciate some guidance using FULL OUTER JOIN in a Query List. I am trying to query data from 2 tables in Geo SCADA with different columns (and a common NoteNumber column that has unique values in both of the tables). I get this error - "Right Or Full Outer Joins are not supported". Is it not possible to use Full Outer Join in Geo SCADA? I need to do the following:

The supported join types are documented in the online help:

I'm not really sure what you're looking for here either....

I don't believe this is valid:

In SQL Rules NULL does not match with NULL.

But then you're trying to do an outer join where you're looking for NULL = (anything) or (anything) = NULL, which is guaranteed to fail.

You have the COALESCE, so you are expecting that E.NOTENUMBER may be NULL.

What are you actually trying to obtain?

Maybe breaking it into parts...

and then all the WORKORDER entries that we didn't match before


Lead Control Systems Engineer for Alliance Automation (VIC).
All opinions are my own and do not represent the opinions or policies of my employer, or of my cat..
Tags (6)
Share
Reply
Top Experts
See More Top Experts