Back to Building Automation Knowledge Base
Options
0 Likes
1041 Views
Trying to translate this page to your language?
Select your language from the translate dropdown in the upper right.

This is not 100% accurate and will be fixed in later revisions of this product manual.

To activate airflow reset based on CO2:

The effect of a CO2 based airflow reset are:

All of this can be overridden at any time if nviAirFlowReset has a valid value (either from a SNVT binding or via a value entered in the plug-in. This value will be limited between 0 and 100% and passed through to the airflow reset regardless of the CO2 values. 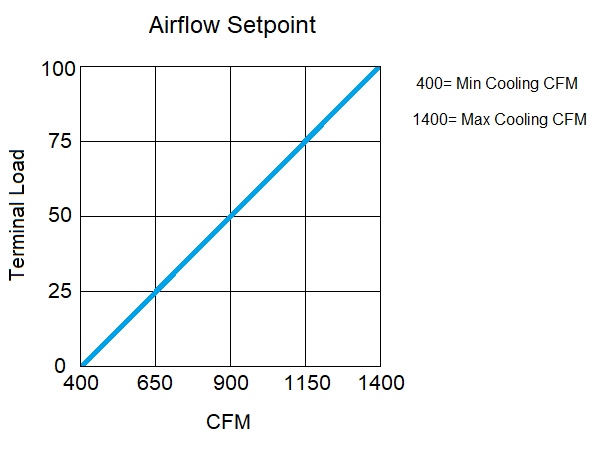 If the Terminal Load is 50% then the Airflow Setpoint will be 900 CFM. 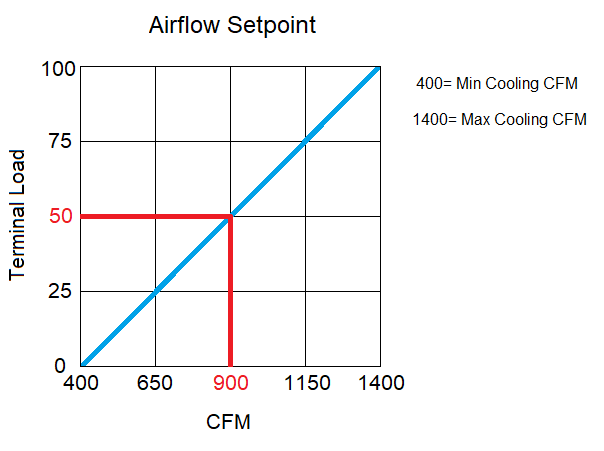 Now if the CO2 Low Limit and CO2 High Limit are given values of 400 ppm and 800 ppm respectively, then the Airflow Adjustment would look like this: 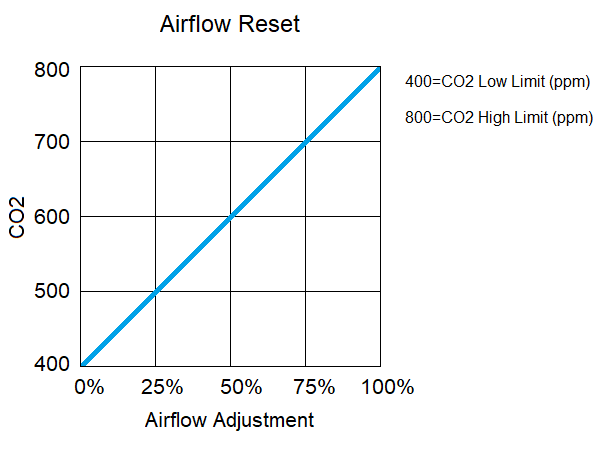 If the CO2 level was 700 ppm then the Cooling Minimum Airflow Setpoint would adjust up 75%. 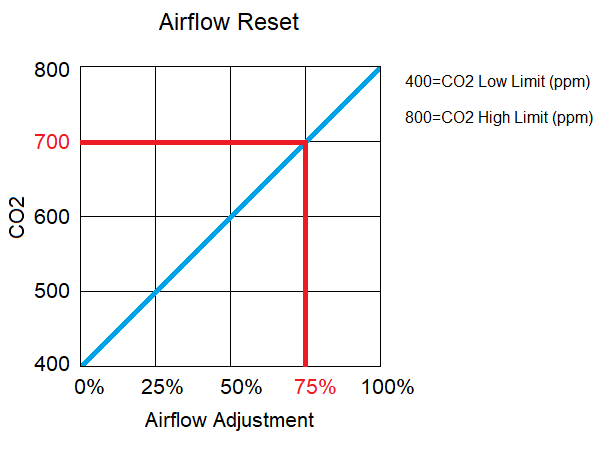 With a 75% adjustment the Airflow Setpoint would be calculated:

So in this example, that would be:

and the Airflow Setpoint table would now look like this: 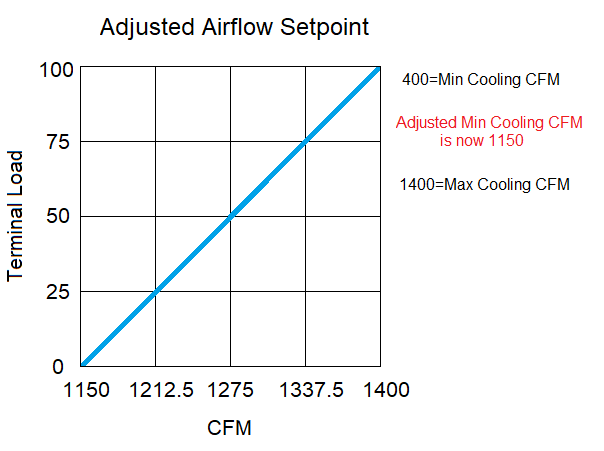 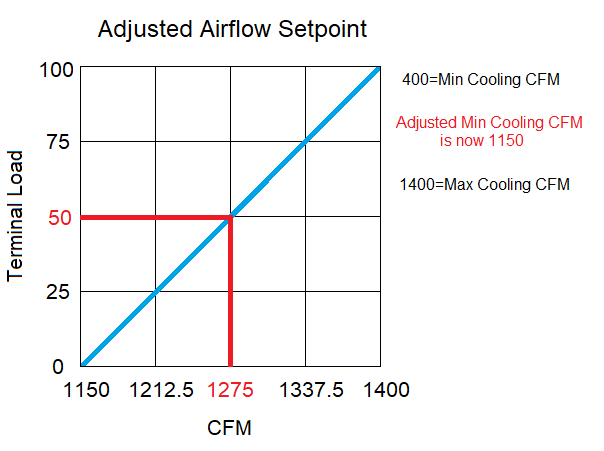 The Airflow Reset works a little differently if the 102-AX is in the heat mode.  Since the CFM setpoint does not modulate in the heat mode as it does in the cooling mode, the Terminal Load is not a factor.  Instead, the Airflow Adjustment percentage is applied to the Heating Minimum setpoint and the Warmup Maximum setpoint.  Let's say your Heating Minimum is 600 CFM and the Warmup Maximum is 1400 CFM.  And using the same CO2 high and low limits as above 400 and 800, if my CO2 reading is 500 then the CFM Setpoint will be 800 CFM. 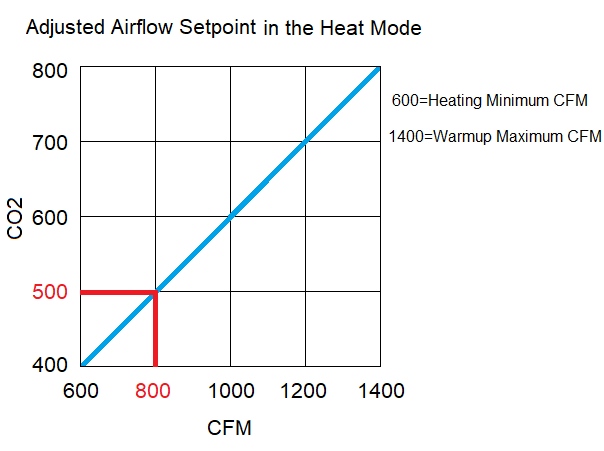 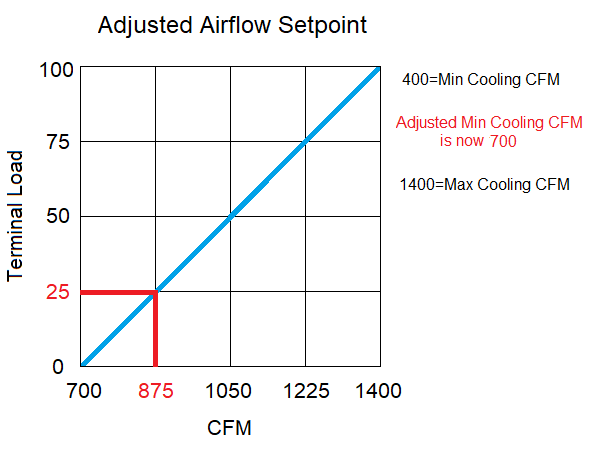 Labels (1)
Labels:
Tags (2)
Was this article helpful? Yes No
No ratings
Share