Back to Building Automation Knowledge Base
Options
0 Likes
949 Views
Trying to translate this page to your language?
Select your language from the translate dropdown in the upper right.

What is the compatible SpaceLogic BACnet/IP device firmware version for my EBO or Tridium Niagara N4 installation?

The below table contains the supported SpaceLogic BACnet/IP devices firmware for each EBO release.

Note: RP-C is only supported on EBO 3.0 and later 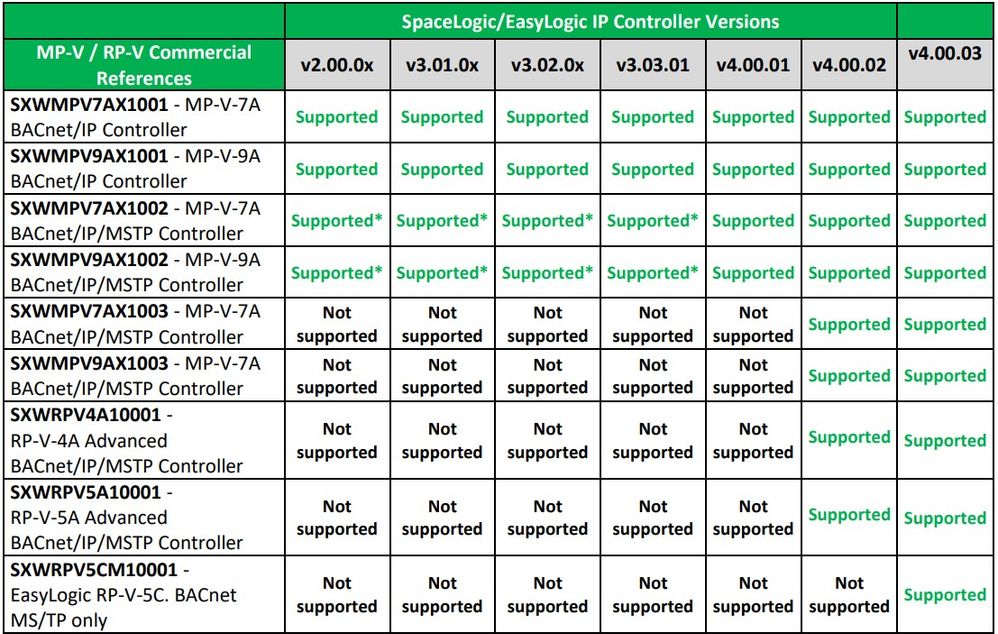 SpaceLogic BACnet/IP devices can be upgraded using WorkStation, as explained in Updating Firmware in BACnet/IP Controllers.

Labels (2)
Labels:
Tags (3)
Was this article helpful? Yes No
No ratings
Share