Back to Building Automation Knowledge Base
Options
0 Likes
1429 Views
Trying to translate this page to your language?
Select your language from the translate dropdown in the upper right.

Complexity of SQL and which version is compatible

Filemaster and either Equalized Client or Remote Client is desired. Problem is to know which versions of SQL are compatible.

Below is a handy chart designed to help in determining what versions of SQL are compatible in I/NET Seven. 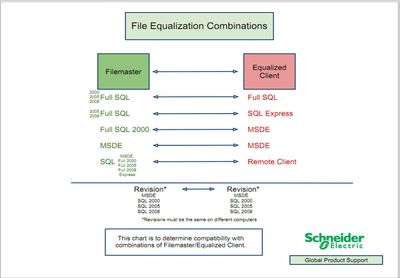 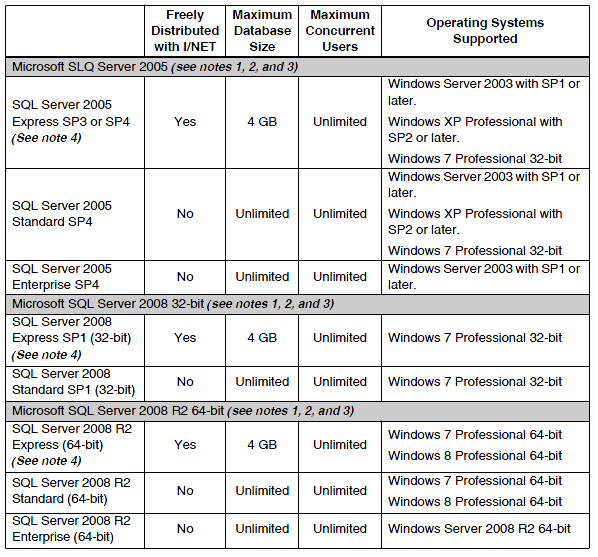 Note: 1. Do not mix versions of SQL server among equalized or client/server workstations in your TAC I/NET Seven system. Ensure that the edition of SQL server installed on each workstation used in a client/server or equalized setting are based on the same version of Microsoft SQL, either 2000, 2005, 2008, or 2008
2. It is strongly recommended that you defragment the PC’s hard drives on a regular basis. Severely fragmented hard drives can cause poor system performance and in some cases can introduce data errors.
3. The use of any edition of Microsoft SQL Server 2005, 2008, or 2008 R2 will require that the PC have at least 2 GB of RAM.
4. No Express edition of Microsoft SQL Server can be used on a TAC I/NET Seven filemaster.

Labels (1)
Labels:
Attachments
Tags (4)
Was this article helpful? Yes No
No ratings
Share