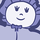 A little while ago it started saying there was a problem with the battery - it wouldn't fully charge. Fair enough I've had it some years so I bought a replacement battery. Fitted it and according to the Powerchute software it is now taking the full charge and the estimated battery time is 45 minutes - I thought all was well again.

Today the house RCD tripped (I don't know why) and the PC died instantly.

I've tried changing and re-applying the Runtime settings in Powerchute - as soon as the AC utility power is cut the PC turns off. (I have it set to keep my computer on as long as possible and 5 min)

I have tried testing the UPS with just a power strip with a neon indicator light. When power to the UPS is cut, power to all the sockets on the UPS is cut - it's just not providing backup power at all. The Power On light on the UPS stays on and it emits the 30 second interval annoying beeps to say it's in backup mode.