H10 shuts off all power and then right back on 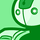 H10 shuts off all power and then right back on

I have had the APC H10BLK for my home entertainment center for about two years. The load is generally two LEDs on the front panel. Last night it spontaneously shut off all power and then right back on twice. There was a thunderstorm nearby but it wasn't in our city and I don't believe it was even on the same power company. However, my wife noticed the lights flickered when the H10 shut off power. Is this normal behavior? Can someone explain why it shut off power rather than conditioning the power?

According to the user's manual:
Circuit Breaker
The H10 also provides a “press-to-reset” circuit breaker. When
this breaker is “tripped” due to an electrical surge or overload,
the device pops out and shuts down output power to the outlets.
To reset the circuit breaker, push it straight inward.

This does not sound like the behavior I observed last night.

Message was edited by: scottlindner