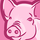 I finally got new battery pack for my unit that has been doing this issue for 2+ years. I never had the money to get the battery pack and now that i got it, i installed it and it seems that the unit itself is bad.

When the new pack is installed it still shows 0 minutes remain and the battery bar is empty. No other warnings. I have an identical 1500 and tried the pack in there and it works fine, so its not the battery pack.

The unit is 2 years out of warranty but i know this problem has been happening for at least that long, just thought it was a dead battery pack. Now APC wont stand behind the product.

Is there anything i can do to get this fixed??

Full bars on the battery section now. So it charged it back up. 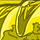 Are these units touchy...
I picked up one of these today for $10.
Knowing that the batteries maybe bad. When I got home I plugged it in and the unit beeps and the battery bar was at zero. So I pulled the batteries out and tested them. One was good the other was low. So I replaced the battery with one I already had.
Now I plug the unit in and turn it on and still the samething. So I checked to see if the unit was putting power to the batteries when on. Not a thing.
So I took the unit apart and found a fuse bad. So I replaced it with one that I had. Put it back together and turned the unit on.
Now I get a F06. So I take the unit apart again and check the relays and find nothing wrong with them. They look and tested fine.
I put the unit back together and the thing works fine.
So my next question is, what's the longest running time for this unit.
With nothing plugged in or with my energy saving light it shows 145 mins.
Does the unit just shut down automatically after 145 mins?

When you turn the UPS on it performs a self-test, do you get any kind of audible alarm from the UPS? You can also manually perform a self-test by pressing and holding the On/Test button and once you see the Online Icon flashing release the button.

Another test that can be performed is the pull plug test, while the unit is turned on and there is a load attached to it unplug the UPS to simulate a power outage/blackout. Normally, the UPS would switch to battery and will give you 4 beeps every 30 seconds and the display should say on battery.

Do let us know the outcome of the troubleshooting.

OK, ran the test by holding power button till online flashed, released, and it ran the test. Battery icon and empty bar flashed back and forth (it also said low above left side of bar). No beeps or anything else on LCD screen.

Didn't pull the plug as a test because its hard to get to, but let me know if you want me to actually do that as well as the above.

The weird thing is now the battery bar does show the battery as full, where is was blank before, but still shows 1 min of run time. Can't be as this is brand new 9amp battery pack with only like 100w load.

Message was edited by: chewybtc

Ok so i left the UPS alone for a day or two after running that self test above.

The battery bar shows full but the run time remains at 1 minute. So i did a test today and pulled the APC power cord out of the wall. It is beeping(on off) continuously and the fan came on right away as well. The battery bar shows zero bars and "low" flashing. The funny thing is the connected equipment is still running perfectly for 10 minutes now. This is at half load (about 500 watts) and the output says 115v (when plugged in the wall it says 126v).

If i reduce the load, the fan on the APC slows down as well. Increase load, fan increases.

I let it run down completely so i know about the time i have with most of the equipment powered on. It was about 15 minutes or so. When i plug the APC back in the wall, the continuous beep, beep, beeping does not return and no fan. The battery bar shows 0 bars now(but no "low"), so it did run the battery down, i'm gonna see if it charges it back up over the next couple hours and report back.

So what do you guys think now??

It seems like it is working, just not calculating run time correctly for some reason. Which i don't care, as long as it actually works right besides that.

When the unit is running online, it passes the voltage that it gets into the load. If it is not a safe voltage it would boost or trim if it has that functionality or would just run on battery. When the BackUPS run on battery it provides 115V AC which is still an acceptable AC voltage for US.

Did you replace it with an APC battery? Also when you let the unit ran on battery, did it totally depleted the charge? What you have already done is the manual runtime calibration but it you should have totally drained the UPS battery charge. Like what you have experienced as you increase the load heat tends to build up on the unit. In order to compensate the heat, the fan would run faster.

OK after a couple hours the battery bar is showing 2 bars now so it looks like it is charging. And this is while i have still had about 400w or so of equipment running.

So i still don't get why the remaining shows 0 min, but otherwise i think it is working.

If someone can get back to me on the 115v output while on battery (is that normal) I would appreciate it!

The 115V AC reading on the output while the unit is running on battery is normal.

Sorry didn't see your reply before i posted the update. Great so 115v on battery is normal. That's what it was showing.

No pack is not from APC, this is a pack from refurbups.com but brand new.

When i pulled the plug from the wall, i did let it run on battery until it was completely dead and the unit shut off. It DID NOT do the beep sequence you said while running on battery, it was a constant on/off beep the whole time.

The display does show two bars on battery display now, so it looks like it is charging (will check again in a couple hours and see if it has gone up any more bars).

So your saying by letting it run completely dead, that is the manual calibration for run time, but mine still shows 0 or 1 min. Anything i can do to fix that?

Full bars on the battery section now. So it charged it back up.