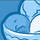 about 20 seconds later.  This started happening about a week ago after a weekly self-test.  The messages come out in pairs, always 20 seconds apart, at random times, repeating random number of times, with no other apparent symptoms.

UPS: On battery power in response to an input power problem.

UPS: No longer on battery power.

"UPS: The input circuit breaker is no longer open."

So it shows that the previous messages about the circuit breaker being open were bogus.  The UPS was definitely not going to battery power during those random reports.

What component is failing to cause these bogus alert messages?

This started happening again recently, with more frequency.  But cycling the input circuit beaker on and off doesn't always clear this up.  Can anyone tell me why this is happening?  Is there some kind of sensor that's failing?  Here are some information:

Are these bogus "circuit breaker open" conditions going to cause a problem?

It does sound like a false alarm as the unit is not actually going on battery when it randomly reports the input circuit breaker is open for you. The Intelligence module is monitoring the position of the CB and reporting it to the user. It is possible that there is an issue with the module, or perhaps a sensor wire on the tray that houses the circuit breaker.

You can try to reset the communication bus in the system (kind of like rebooting your pc or phone) by putting the  Symmetra into physical bypass via the bypass switch on the back. Then, go around to the front and flip the white rocker switch labeled System Enable to the "off" position for several seconds. Flip it back to the "on" position and then go to the back and take it out of bypass via the first switch you flipped. As long as it is in physical bypass via that switch on the back the load will not go down when you turn the System Enable switch off. This procedure may be a long shot as I think there is probably a sensory wire issue, but it is an easy step that you can do right now.

If the alarm still pops up I would advise calling tech support and we can look at replacing the Main Intelligence module. The last option is removing the tray that houses the circuit breaker and bypass breaker and looking for any loose wires. We would typically have our field service folks do this as it exposes the inside of the unit and safety protocols must be followed. This would also require a complete power down of the unit which includes opening the breaker, turning the System Enable off, removing the batteries (including any XR frames) and unplugging the unit from utility.

we have the same issue.   We will try swapping the main intelligency module.   We have tried flip to bypass, and power down front switch, and the problem comes back.

Thanks for the information.  I did the bypass and reset the communication bus, and it seemed have stopped the bogus messages for now.  I seem to recall doing this before (see my original post from last year), and got it to stop complaining at least for a few months before it started doing this again.  So there may still be problems with this unit.

What kind of warranty was on this unit, and has it expired yet?  I think I got this unit about 2 years ago.  Doing the repairs you mentioned will be very disruptive, and what we were hoping to avoid by using the UPS in the first place.  It's unsettling that a piece of hardware that is so critical to the system running reliably should act this way.

These units have a standard 2 year warranty on them with the option of adding an extended or on-site warranty. You first posted this problem above a year ago and no parts were sent. If it cleared temporarily because you performed the reset procedure I mentioned, but later returned, we will still work with you to get you any parts needed to fix the issue.

Are you located in the U.S.?

I'm in Pasadena, California.  Is there a local office I can call for service?