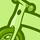 is it possible in Geo SCADA for points to be referenced by two names.

The reason for the question is;

It would be good to continue to use existing point reference names in order to maintain existing systems connections (i.e. eDNA etc).

To be able to create new reference names that adhere to an overall standard point naming convention.

What do you mean by 'tags'?  There is no such terminology within ClearSCADA / Geo SCADA Expert.

If you mean, is it possible to have two Points (i.e. derived from CDBPoint) which have the same combined Scanner/Outstation and Address?  Then the answer is: it depends on the driver.

Most drivers do not allow this.  They optimise their polling based upon 'an address' only appearing once within their per-outstation tables.

There are some drivers, like the OPC Driver(s) which do allow duplicate addresses.

I'm not sure whether there is any documented detail of which do and which don't unfortunately.

But I would consider the general rule as, 'no' this is not allowed (with some drivers being the exception).

ClearSCADA / Geo SCADA Expert internally uses OID references, so renaming / moving points is generally straight forward and all changes are handled automatically by the ClearSCADA / Geo SCADA Expert subsystems.  Hadcoded FullName references (i.e. in SQL queries etc) are NOT updated automatically of course.. and these would need to be done manually.

There are kind of some ways to get around it.  You could create a Calculation Point where the 'old' Point existed, and just have it point towards the 'new' Point.  It could then be configured to get the same value as the field point.  I would not recommend it however.

I would recommend changing where eDNA is pointing for its source data so that it matches the new standardised naming.  Depending on how eDNA is retrieving its data from ClearSCADA / Geo SCADA Expert this might or might not result in some data loss.

1. If using OPC, check out search keys with the tag option enabled. They provide an alternative reference for objects. Search keys are a special kinda of metadata field, and if you need some more generic way of addressing objects the standard metadata fields could be used

2. If only for alarming (i.e. for showing on the alarm banner), check out the Alarm Source field under the Alarm tab

Do the Search Keys also work for OPC-HDA?

I've had a few systems with OSIsoft PI using the OPC-HDA interface.  When we've moved around points things have gotten broken, I could see some uses for the Search Key stuff to keep things somewhat 'fixed'.

Should do, it is all just OPC, although I've never tried it with OPC-HDA... although last time I used it for OPC-DA was 15-odd years ago so could have changed since.

@DavidSkilbeck I don't think you're going to get a better answer than Adam's OPC Search Key.  You should mark that as the answer I think.

I take it we are on the right track? Thanks, 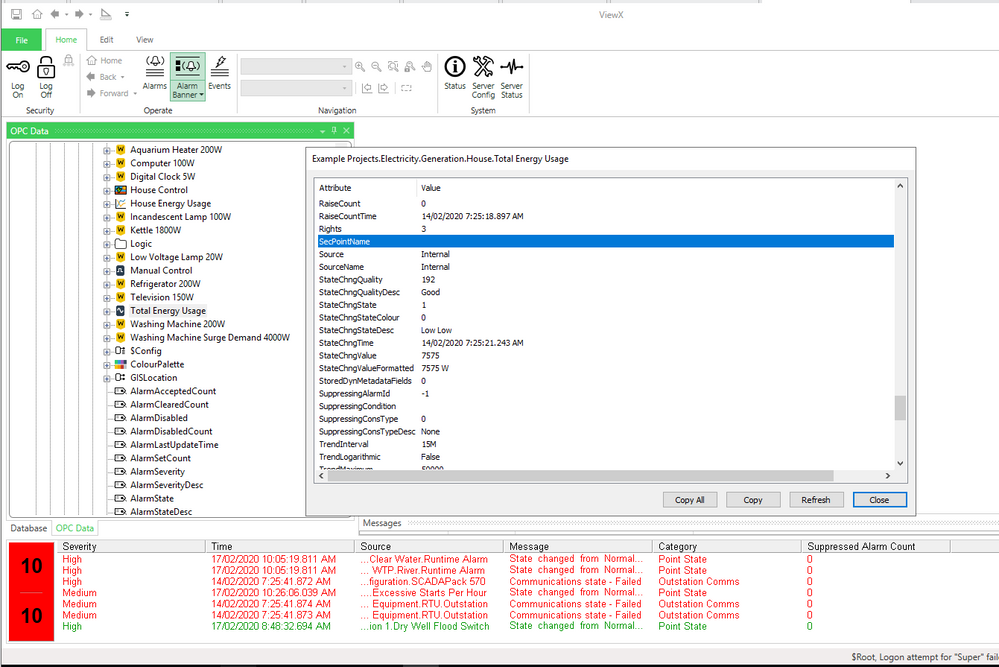 Unsure.. that screenshot is not in the slightest bit helpful 😉

Maybe try a screenshot that shows what you have configured the Metadata field as.

@AdamWoodland is the man that has had this working before, I've never tried it... but the help suggests that the 'Tag' tick box is the essential item here... the other thing that will be important will be the Size.. obviously if you don't make this long enough to hold your search string, then things will work badly 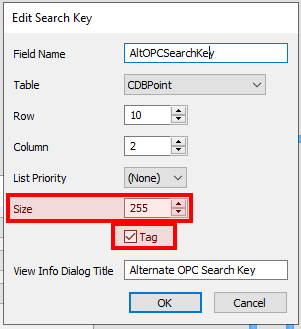 Here's the help reference (for US English apparently..)


Lead Control Systems Engineer for Alliance Automation (VIC).
All opinions are my own and do not represent the opinions or policies of my employer, or of my cat..
Share
Reply
Top Experts
See More Top Experts