Will APC UPS discharge the battery while plugged in / how fast 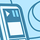 Will APC UPS discharge the battery while plugged in / how fast

I currently have an old Eaton UPS that cannot handle my PC while playing games, ie. it starts beeping to signal that the battery is discharging faster than it can be charged.

Can the same behavior be expected of the current low-priced APC units? If not, is the battery bypassed completely when the unit is getting power or does it just charge fast enough not to drain on heavy load?

I don't know the exact figures for the PC's power consumption but I can tell the GPU and CPU alone use around 500W under heavy load. Monitor included, the whole package would probably use around 650W if not more. I can only guess that in workstation mode the figures can be anywhere between 150W and 400W.

My intention is to get the most reasonably priced UPS that can support my PC for a few minutes during a short power outage while working(not gaming), that doesn't collapse under heavy load while plugged in like my current unit does and is as cost-efficient as possible.

Would the basic 300-500W units suit this purpose or do I need to get a model that is way overkill for single workstation and way too expensive to facilitate a few hours of gaming a week? Any suggestions?

Aside:
why are the output sockets in APC Smart UPSes IEC 230 type and not the regular wall socket type? Although it looks cleaner, I can't connect devices with regular wall plug to the unit.
I'm sure I can get my hands on an extension cord with the correct plug. Should I avoid connecting multiple low to medium power devices to it?