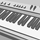 If you've got 2 hots180 degrees out of phase and a neutral, the current will only flow one way on the neutral. If for instance you have 10 amps on 1 circuit and 5 on the other, the neutral will only have 5 amps on it. Let's say that current flows from positive to negetive (some people say it is negative to positive or hole flow). Let's also say that you have circuits A and B and for this 120th of a second, the hot leg feeding B is positive, they share a neutral, and they're 180 degrees out of phase. The load on B is drawing 10 amps. The load on A is drawing 5 amps. With respect to B's hot leg, neutral is negative. 10 amps of curent are flowing on B's hot and 5 are returning down the neutral. The other 5 amps are flowing from that neutral point to A's hot leg as it's load is using 5 amps.

If both circuits were drawing 10 amps, there would actually be no current on the neutral.

I am confused about the last sentence. You said if both circuits were drawing 10 amps, there was no current on the neutral. Let's say you took the neutral away and the two individual ten amp loads were then in series, they wouldn't draw 10 amps. So how are they each drawing 10 amps if the neutral is there but not really doing anything?

You still have 10 amps.
I found a nice little ohms law calculator if you'd like:
http://www.the12volt.com/ohm/page2.asp#resistance

I found another link today that may help with both this question and your grounding question.
http://www.tkk.fi/Misc/Electronics/wire_mains.html
This has quite a bit of information for you. One of the sections within this document also references the shared neutral aspect of this question:
http://dotznize.com/electric/?a=sh
Similar to what I mentioned in my last response, this document says:
The answer is that the neutral does not carry the sum of the two currents; it carries the difference. If both loads draw the same amount of current, the neutral will carry no current

With or without a Neutral, the voltage drop in the middle of the 2 equal loads will be 1/2 of the total voltage across the 2. When you have multiple light bulbs plugged into the same circuit, they are actually connected in parallel and each will have the same voltage across it. if you took 2 120 volt light bulbs, connected them in series, and put 240 volts across the 2 of them, you would get a 120 volt measurement from the wire in the middle to either of the 2 hot legs.