BackUPS XS900 shut down will not restart 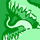 BackUPS XS900 shut down will not restart

The BackUPS XS900 suddenly shut down the battery outlets and everything connected to it, flashed "replace battery" and beeped. It passed PowerChute battery test about one month ago and its own power up test this morning. Two attempts to restart UPS went directly to this condition. After unplugging and replugging the UPS it no longer will turn on. No lights, fan, or relay clicks. Circuit breaker seems OK and surge only outputs still work. I previously had a Smart UPS 750 on the same PC and it failed in an identicle fashion.

a flashing replace battery generally indicates that the UPS thinks the battery is disconnected. this can be because it is actually disconnected or because the battery failed and the voltage is so low the UPS cannot even detect it. are there any other LEDs that are solid or flashing when this comes on? sounds like no but i will ask to double check.

has this UPS been sitting unplugged for a while? it is about 3 years old now so if it has been sitting uncharged or has gotten frequent use, it may be time for a new battery (if it hasn't been replaced before). did the UPS do its self test upon start up with anything attached to the UPS? did this condition occur when you put some load on it (such as a computer, etc) and then tried to use the battery back up? the self test measures voltage drop while on battery. if that falls out of range, then it will fail. if the battery is failing and you see the UPS do a self test with no load, there is a chance it could pass because it has no load on it and thus the voltage drop might not be so extreme.

i would first ensure that somehow the battery did not become disconnected. if that's not the case, if you have a voltmeter, you could measure the DC voltage on the battery. this is a 12vDC battery so i'd expect something along the lines of 11-13vDC being measured.