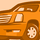 I'm having a problem with a 3 year old BackUPS 700ES which I have powering my home gateway/router machine (a MiniITX system). For a few months now, whenever I turn it on after being away, as soon as I press the power button on the unit itself, it will start making a whining/squealing noise. It's as if it's trying to make a constant beep but can't quite manage to. If I unplug some of the plugs on the UPS protected strip, it will sort itself out and start working normally. This hasn't been too much of a problem until recently, when it's started doing this entirely at random while the power is on. I've never been next to it when it happens, but it seems that everything on the UPS strip is suddenly powered off, and the UPS starts squealing. Again, this can be sorted out by removing some of the load on the UPS. Could this be as simple as a battery problem, or does it sound more fundamental?

Edit: a bit more information since I wrote the above at work after the UPS had switched itself off, and have just been home to reset it. The serial number is 5B0732U02658, didn't note down the exact model number. While the buzzing beep is going on, the LED is behaving in a similar way, flickering as if it's trying to come fully on. I've read other posts that suggest this might be due to an overload, I doubt this very much as the load is normally < 10%, but just in case I've moved one of the things that was plugged into it onto the non-UPS side. It now has only only an ADSL modem, gigabit switch and MiniITX PC plugged in, and apcupsd is reporting 3% load.

Message was edited by: abayliss

Have you ever replaced the battery on this unit? The serial number tells us that the unit was manufactured on the 32nd week of 2007. From the way that it behaves, it shows that all of a sudden the unit has detected an overload condition.

No, it's still using the battery it shipped with. Is an overload when under very low load a symptom of the battery needing replacing? The light on the unit is only ever green, not red (which is what indicates the battery needs replacing isn't it?)

Message was edited by: abayliss

With a very low load to no load at all, the UPS shouldn't go into overload unless there's something wrong with the UPS. Typical lifespan of our batteries is 3~6 years depending on the usage and environmental conditions.

Can you send me a PM with the following details:
Complete Name:
Complete Address:
Phone:
E-mail:
Complete Model # of the UPS:

If this is being used for business do include:
Company Name:
Position