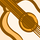 After a 3 day power outage here, I decided it would be good to have a longer UPS power supply so I decided to attached the UPS battery leads to a 123V car battery.  The only load was two 100watt light bulbs.  Had a wattmeter attached to verify.

Worked for 25 minutes until UPS shut down (on low voltage, I assume.)  UPS top was very hot.  Recharged battery and let everything cool down.  Tried it again.  Got a beep when I pressed the power button but the inverter in the unit would not turn on so no power at the backup receptacles.

Since 200watts was well within the load spec of the unit, I assume that it is not rated for continuous duty, anyway for 25 minutes.

Can anyone confirm before I try this on my second of four units?

I know I should just buy a standalone inverter but since I had the UPS's and they have some monitoring built in, I thought I'd give it a try.

Thanks for any insights. 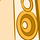 While I can't publish the schematics, you can monitor Schneider Electric Careers and sometimes there are job openings in Billerica 🙂

The thermal design of the UPS is based on how much energy the standard battery can store. If you do it again, you might want to add additional cooling.

So, you're saying that if I draw power out of the battery at or below the rated load with a bigger battery than design, it will overheat?  That would mean that it had not reached steady state temperature on the components with the standard battery but that the temperature was still rising.  Sounds like this would not be a conservative design.  I get your point, but am surprised that they would design it that way.

Wonder if there would be any way to get a schematic of the board to look at the components?

While I can't publish the schematics, you can monitor Schneider Electric Careers and sometimes there are job openings in Billerica 🙂