Where the 4th Industrial Revolution should take us 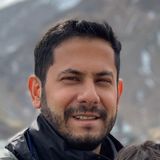 Where the 4th Industrial Revolution should take us

Humanity has fought against war, hunger and disease in the past. In the 18th century the average life expectancy was 40 years and in the 19th century 59 years. If one would not die from a terrible disease, there was a big chance war would do it. It is estimated that in the 19th century alone in Europe, smallpox killed more than 40 million people and the two Great Wars combined took another 80 million lives. At the same time in Europe, a few million people died as a result of famine, whether caused by wars or by climatic factors.

In the 20th century we have made great strides in disease control and pest control. Today disease such as smallpox is considered eradicated after development of effective vaccines, and the hunger of millions of people still occur but it is due to poor distribution of income and corruption and no longer the consequence of climatic factors nor wars.

The agenda of the human being in the twenty-first century has changed and our problems are now different. Today more people die by suicide than in all current wars combined (as the armed conflicts in Middle East and North Africa) and more people die from obesity than from hunger. With the control of diseases, hunger and wars, we become concerned about our well-being and sustainability. The average life expectancy has risen to 74 years. We are also concerned about the welfare of animals. We are living in an era of unprecedented abundance of resources and we know that to keep the accelerated growth (see figure below with GDP per capita), we need to develop a culture of sustainability, otherwise we will extinguish available resources.

GDP evolution throughout the periods of industrial revolution

It is estimated that by 2050 the world's population will grow 21%, reaching 9.2 billion people and that in this century our average life expectancy will exceed 90 years. That leads to the question of how can we achieve this by guaranteeing our well-being and the sustainability of resources. Fortunately, mankind has a high capacity for collective collaboration and to achieve incredible technological advances and it seems we will find a way.

Industry has a highly relevant role in these advances and impacts and today we are on the brink of the fourth industrial revolution. Institutions that position themselves to bring solutions that guarantee sustainable growth will have a better chance of prospering. Publicly traded companies already have its valuation tied to their environmental and social impact.

Using technology to make production more efficient is no longer an option to achieve competitive advantage but rather a need for survival. 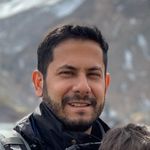