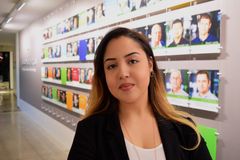 Artificial Intelligence is perhaps one of the more speculated upon technologies of the modern age, due in no small part to its extreme potential to change our economy and way of life. It is the latest technology to join the ranks of other advancements like nuclear energy and genetic science that inspire both fear and hope from the public at large.

I would like to put forward the prediction however that our fears of AI are largely unfounded, based on the historical precedent of automation and the probable capabilities and limitations of our current and near-future AI technologies. I predict that Artificial Intelligence is more likely to supplement our existing workers and their capabilities than it is to replace them entirely.

To begin with, I’d like to discuss the origins of the public’s fears of AI. These of course were likely aided by the first depictions of the technology in the media. Long before anything truly approaching artificial intelligence was possible, movies like Terminator and2001: A Space Odyssey began to spread a fearful image of what a world with AI might look like. Before these movies and preceding even the formation of the concept of AI itself, humans have feared the idea of our creations turning against us throughout history - from Mary Shelley’s novel Frankenstein and its monster in 1823, all the way to Judah Loew ben Bezalel’s mythical golem of the 16th century. While it’s unlikely we have much to fear on the AI front from a real-world version of Skynet or HAL for the foreseeable future, more grounded fears surrounding the rise of automation and its potential impact on employment have been discussed by economists for a long time.

In 1930, the esteemed economist John Maynard Keynes published an essay titled‘Economic Possibilities for our Grandchildren’ in which he projected technology would advance and make labor more efficient faster than new uses for the labor force displaced as a result could be found.

“We are being afflicted with a new disease of which some readers may not yet have heard the name, but of which they will hear a great deal in the years to come--namely, technological unemployment. This means unemployment due to our discovery of means of economising the use of labour outrunning the pace at which we can find new uses for labour.”

This is a sentiment echoed by more modern vanguards of economic progress like the CEO and founder of Alibaba Group, Jack Ma. In a recent interview with CNBC, Ma forecast that the next 30 years would bring more pain than happiness on an economic front, in part because of increasing automation and the rise of artificial intelligence.

The Chinese billionaire’s predictions were followed by an important caveat however. When asked if we would reach a point where all jobs would eventually be removed from human hands and placed into the hands (or lack thereof) of AI, he categorically denied the possibility. “Machines can be good at knowledge,” he conceded. “But humans are good at wisdom.”

Ma highlights here a phenomenon labelled by AI researchers in the 1980s as “Moravec’s Paradox.” This entails the idea that computers find tasks difficult (if not impossible) that the human brain and body finds easy, and the reverse can also be true. It might take a human a few moments to fold a towel, but a robot designed for the task in 2010 took nearly 25 minutes to do the same.

The fact of the matter is there are large amounts of roles where a computer will never be able to replace the function of a human being because they lack – as Ma puts it – wisdom, amongst other intangible but incredibly valuable aspects.

In addition, even in those fields where wisdom or creativity isn’t required and machines excel, this doesn’t necessarily mean layoffs and redundancy are soon to follow for the people employed in those fields when computers become involved. In his Ted talk, MIT professor and economist David Autor raises a compelling point that counters the pervasive theory of ‘technological unemployment’ raised by Keynes. If this has been occurring over the last century, in which robotics, computing, mass production and more have come into existence and advanced rapidly, how is it that the proportion of adults employed in the US has consistently increased over the last 125 years? Should we not be experiencing record unemployment?

Autor points to the example of bank tellers and Automated Teller Machines (more commonly known as ATMs) to illustrate why this isn’t the case. “In the 45 years since ATMs were introduced the number of human bank tellers employed in the US has roughly doubled, from about 250,000 in 1970 to 500,000 today,” Autor states.

While one would think ATMs taking over a large amount of a typical bank tellers tasks would result in a net decrease in tellers, the professor explained why this wasn’t the case. He asserts that while there was roughly a 30% reduction in the tasks humans were required for, it also resulted in a 40% increase in the number of branches as it became cheaper and easier for the banks to create more outlets. Additionally, ATMs allowed the role of tellers to evolve into a more customer relations based role, trading minutiae-filled tasks that machines are better suited for in exchange for more complex, “wisdom” requiring duties.

In the same vein of these consequences of automation and the introduction of ATMs, back to AI, it is predicted by Gartner that Artificial Intelligence will create more jobs than it destroys over the next 5 years, with a net increase of over two million jobs. Just as ATMs did for banks, AI has the potential to mirror these effects for the economy as a whole by allowing for the creation of new, more cost-efficient infrastructure and thus new jobs.

As a result of these changes, working as a bank teller became a more fulfilling role, increased number of franchises were available for customers to use, and there was a net increase in efficiency and profits for the banks themselves. Which leads into the second element of my hypothesis on the role of AI in business - not only is it not replacing workers, Artificial Intelligence supplements existing and future worker’s abilities in order to increase their capabilities and assist decision making.

A good current example of this, especially in the maintenance sector, are Chatbots. For those unaware of what Chatbots are, they are a form of AI capable of conversing with a user, generally in Question/Answer format, utilising Natural Language Processing or keyword recognition. They are increasingly found on company websites in order to offer support services and answer frequently asked questions, but there are more advanced potential uses.

In the area of maintenance, a Chatbot can be set up as a Virtual Assistant to track and familiarise itself with the specifications of complex machinery, learning about the system and retaining knowledge over time like a sponge. In this way the Virtual Assistant can provide confidence in decision making to new engineers, validate fault rectification based on it’s experience and retain the valuable knowledge of retiring engineers, rather than having it leave the ecosystem entirely with them. This last point is significant as population demographics show we will have a large portion of the most experienced technicians retiring in coming years as Baby Boomers leave the workforce.

This is representative of how I believe AI will fit into the workplace as a whole: accentuating and accessorising the existing abilities of human workers. There will be a symbiotic relationship relying on the flexible strengths, creativity and adaptability of humans combined with the strong knowledge processing and accuracy of AI - or, ‘wisdom’ and ‘intelligence’ - working together to achieve more than either could individually.

Finally, I would say that I have faith in the human drive for ingenuity and desire for growth. New jobs are being created constantly, especially in the modern age with entire industries springing forth into existence from nothing over a few short years. While the majority of the population used to be employed in farming, now there are newer areas like marketing, media, and tech to more than make up the difference in employing people that simply didn’t exist a few decades ago.

Where there is a will there's a way, and in the words of Keynes’ on automation, any redundancies created in the short term by the introduction of AI is simply a “temporary phase of maladjustment,” evidence that “in the long run mankind is solving its economic problem.” We shouldn’t be asking ourselves what we have to fear from AI, but rather instead be asking ourselves - what do we have to gain?

I’ll leave you with Keynes’ words saying something similar from almost 90 years ago, optimistically and accurately predicting the modern rise in standards of living and mankind's ability to adapt.

“I would predict that the standard of life in progressive countries one hundred years hence will be between four and eight times as high as it is to-day. There would be nothing surprising in this even in the light of our present knowledge. It would not be foolish to contemplate the possibility of afar greater progress still,”

With the power of Artificial Intelligence behind us, I would like to mirror Keynes’ prediction and state it would not be foolish to contemplate the possibility that in another 90 years we will have further increased our standards of living by a level of magnitude. In fact, with such AI it’s likely a prediction of 4 to 8 times as high is conservative as we enter this brave new world, much more likely than the predictions of doom and gloom at the hands of our AI overlords. Make no mistake, Artificial Intelligence is likely the most disruptive technology of our time, if not of all time, but the strength of human capabilities and applications of AI means that the future will continue to be shaped by the naturally intelligent, not just the artificially intelligent. 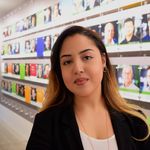 A multi-lingual Global Marketing & Digital Communication/Community Management specialist, mostly involved in Sales enablement & Digital transformation. Born in Morocco, grown up in France, studied in England, worked in the US, I like to consider myself as a world citizen who treasures relationship building, intellectual curiosity & learning agility.