Back to Building Automation Knowledge Base
Options
0 Likes
129 Views
Trying to translate this page to your language?
Select your language from the translate dropdown in the upper right.

Some of the Continuum attributes in b3/i2 objects are not listed for binding in Script, one such example is the ElecValue of an input object, in Continuum, the difference between the Value attribute and ElecValue attribute is the former is the software value while the latter is the actual value read from the sensor.

For reasons that are beyond the scope of this article, not all Continuum properties have been included for binding in Script

For example, the list of bindable properties for a b3 Analog Input is missing the ElecValue property as can be seen below

In a b3 Script or Infinet Script Program, there is a way to access any property (attribute as they are known in Continuum) of an object by simply referencing the property's name right after a binding variable to the object's value

Consider the situation that can be seen in the screen capture below... 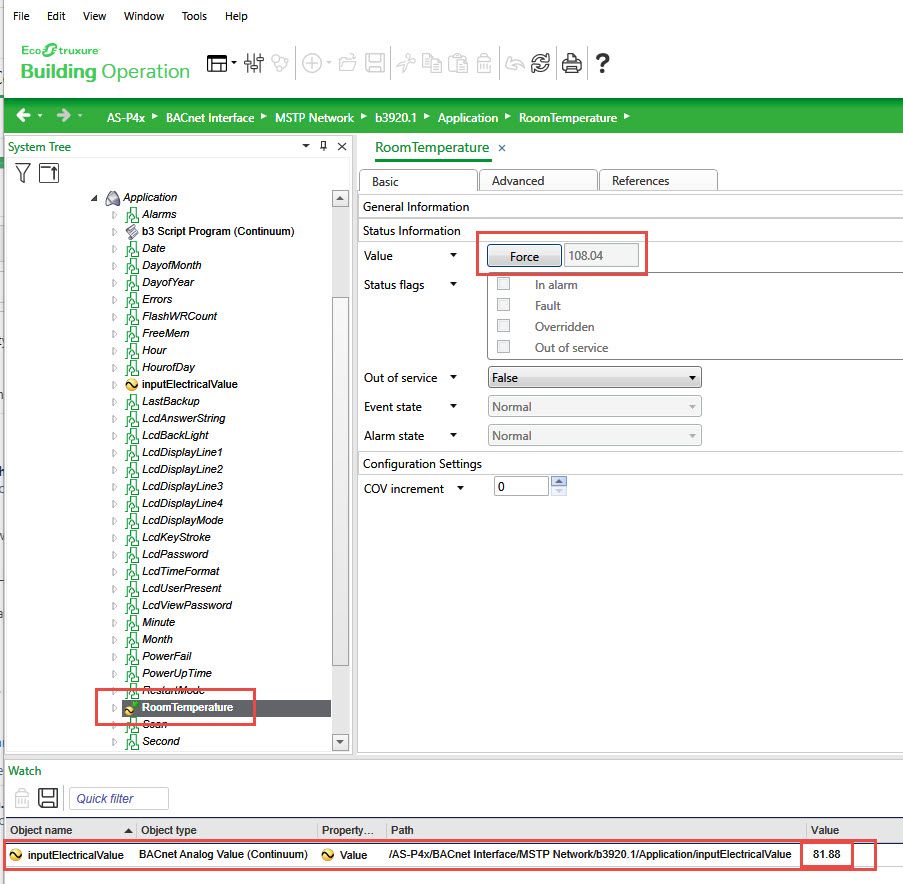 Due to some strange failure the software contains an incorrect value for the input, but accessing the input's electrical value from a b3 Script program reveals the sensor is reading the room temperature correctly.

Below, screen capture of how this is accomplished in b3/i2 Script program 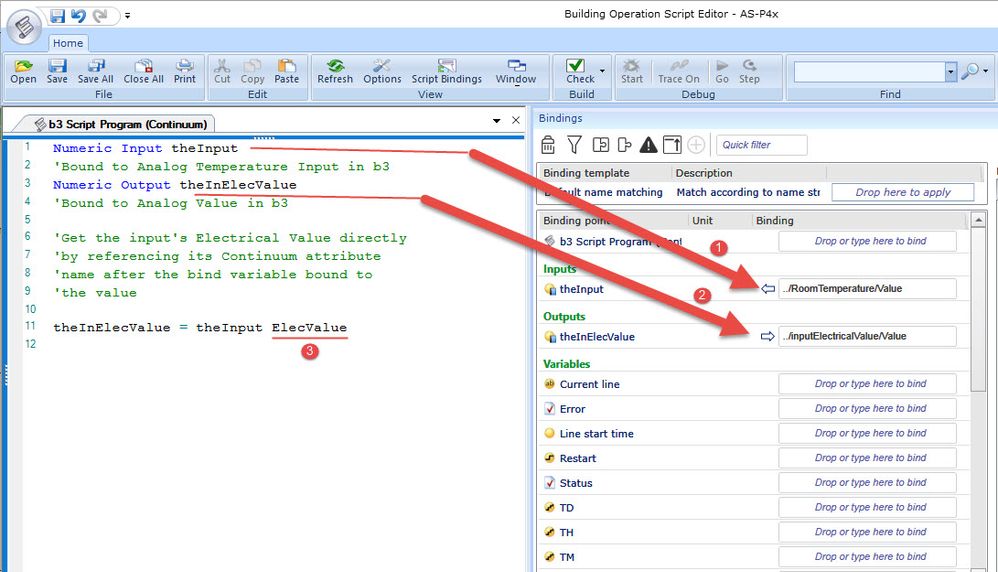 This works for any attribute that is accessible by Plain English in Continuum including the PriorityArray of b3 commandable objects.