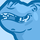 Hello, Brief background: I work with a small team in a department of a University. Part of the Department has a research unit, they buy and manage their own servers we just provide the network and infrastructure.

A a few years ago, while restructuring the department, a room was turned into a proper data center, with a separate room for UPS, with proper cooling. This data center was also separated in two halves. One for research servers, other for our services (emails, classes, VDI, private cloud. Each half has its own UPS.

A few months we finally got around to properly start monitoring the research UPS, and only one line was being used about 80% load, while other 2 lines had no load.

Last month, the company that did the data center job, was on premises to do other stuff and also looked into the issue, they said it's because everything is connected to the same line, and supposedly left another connection to the one of the other lines.

We been devising a strategy to let researchers know we might need to shut down their servers (some only have 1 power supply) so we can balance the UPS load between the multiple lines.

Today I had to bring an old Sun Fire X4500 that is still in production (about 75Kg) to the research part. Plugged in the server to the supposed line with no load. Surprise the UPS alarm goes off. The load in q lines as above 100% and the other 2 lines remained at 0%. That server ended up connected directly to the grid without UPS. The total load of the UPS is at 30%.

So we already called the data center guys, but now we need to call also the UPS guy, mean while I also need to finish preparing classrooms for classes that start next week. 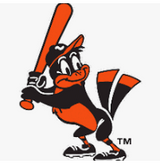 What is the model number of your UPS?  What is the output wired to? Typically the output of a 3-phase UPS will be wired to a panel and/or a power distribution unit. From there you would have branch circuit breakers for which to connect the load. It sounds as if the electricians have not actually run any branch circuits using the other 2 phases.