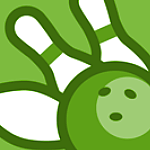 This was originally posted on APC forums on 12/22/2011South Park is an American animated sitcom created by Trey Parker and Matt Stone for the Comedy Central television network.In the 2004 documentary The 100 Greatest Cartoons, South Park was placed a…View more

This was originally posted on APC forums on 12/22/2011The Golden Girls is an American sitcom created by Susan Harris, which originally aired on NBC from September 14, 1985, to May 9, 1992. Starring Bea Arthur, Betty White, Rue McClanahan and Estelle …View more

Posted by: youniki_apc in APC UPS for Home and Office Forum