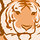 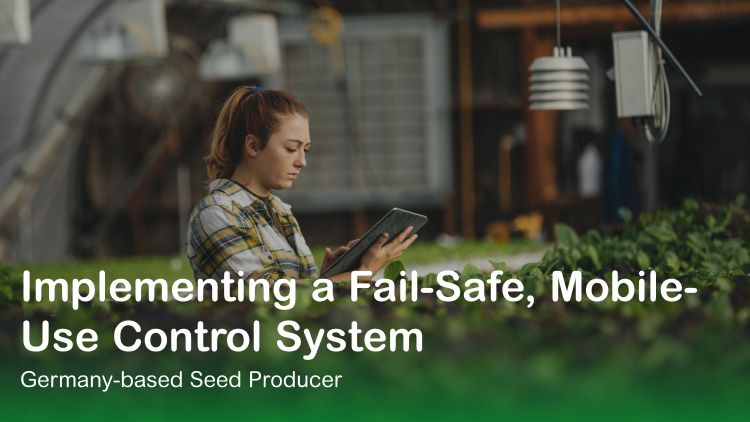 At the beginning of 2019, the plant breeding company KWS SAAT SE & Co.KGaA completed development of a new plot lifter, “PUMA III”, for sugarbeet breeding and then initiated the implementation phase. As with its predecessors PUMA I+II, the Herzogenaurach-based company ProLeiT was responsible for implementing the process control system. The particular challenge of this project was providing and setting up a control system for mobile use.

Boasting around 5,550 employees and over seventy subsidiaries and associated companies, which most recently generated an annual revenue of over €1.1 billion, the KWS Group is the world’s fi fth-largest seed producer. Founded in 1856, the company, which initially specialised in breeding sugar beet, was reorganised as a public limited company in 1885. The production of fodder beet, cereals and potatoes began in 1920. In the 1950s, the company expanded its breeding programmes to include corn, fodder, oil and protein plants.

The company, based in Einbeck, Germany, invests almost a fifth of its annual revenue in research and development work. The focus is primarily on new, higher-yielding seed varieties that are adapted to the climatic and geological conditions of the respective field locations and the specific local agricultural situation. The successful breeding of special sugar beet varieties has played a major role at KWS since day one; particularly as a driver of economic development. Throughout its 165-year history, the company has always understood how to utilise expanding technological possibilities for its own future. The latest example of this is the application of multi-functional vehicles called ‘PUMA’ (the German abbreviation for plot lifter and measured value analysis), which combine the agricultural process of harvesting sugar beet with the use of mobile laboratories to evaluate various harvest yields and qualities. 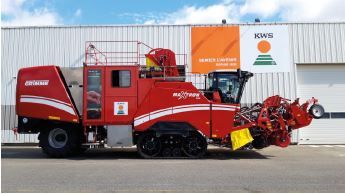 PUMA I+II as well as their predecessors Beet Mobil I+II (trucks with process engineering and integrated laboratory) have been testing quality and yield levels on sugar beet trial plots throughout Europe since the early 2000s. The mobile machines lift beets from the ground at harvest time, wash them, weigh them and crush them using a crumbler in order to obtain their ingredients. NIRS sensors then assess the sugar content of the crushed beets. This allows the quality and yield of the corresponding seeds to be recorded, analysed and compared with each other in order to select the best seed varieties for breeding.

The PUMA III project commenced at the beginning of 2018. In contrast to its predecessors, PUMA III is designed exclusively for use on KWS France trial plots, generally located in northern France. Vehicle construction was carried out by KWS SAAT SE & Co. KGaA. The basic machine is a Grimme MAXTRON 620 beet harvester without a bunker. Its conversion and the installation of the process technology were carried out as a transnational project by a team of German and French KWS employees in Einbeck, Arras and Roye. Local support in France was provided by the agricultural machinery manufacturer Grimme France. KWS commissioned ProLeiT to install the process control system. Successful cooperation between KWS and the German software manufacturer that reaches back to 1997 provided the basis for continuity: Six machinery buildings in Einbeck, one plant in France and – for field usage – Beet Mobil I+II and PUMA I + II lifters had previously been automated by ProLeiT. 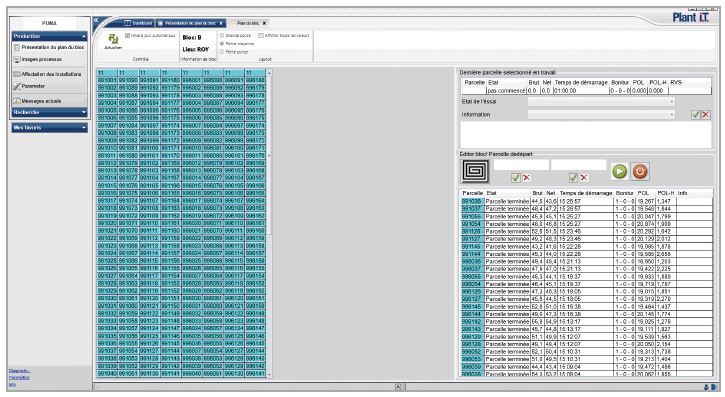 Plant iT process image of the block plan

Quite unusual for the automation specialists from Herzogenaurach: Implementation of the process control system for mobile use. A different approach was required, above all, for the actual power supply, explains Marei König, ProLeiT team leader of the Pharmaceutical, Food & Chemical II department. “In contrast to normal ‘stationary’ applications, the brief was to design hardware components to run off a 24-volt car battery.” Equally remarkable: “Test results are transmitted to the seed breeders in Einbeck exclusively via mobile communications.” A particular challenge of the mobile application was the fact that the recording and transmitting of data for the entire process had to be set up in a fail-safe manner. König: “The entire system is designed to use the laptops employed inside the vehicle.” Two laptops act as a workstation server pair; while two others serve as a backup. The active pair communicates with the PLC via the server. König: “The redundancy here only serves to protect against the consequences of possible hardware problems. A single workstation crashing could, as you can easily imagine, lead to the whole process failing. Further, we also looked for a solution that would allow us to create data backups in the simplest way possible. In the case of PUMA III, we finally opted for continuous backup using a USB fl ash drive. To do so, we set up the system in such a way that in an emergency the flash drive only has to be slotted into the server to retrieve the relevant information. 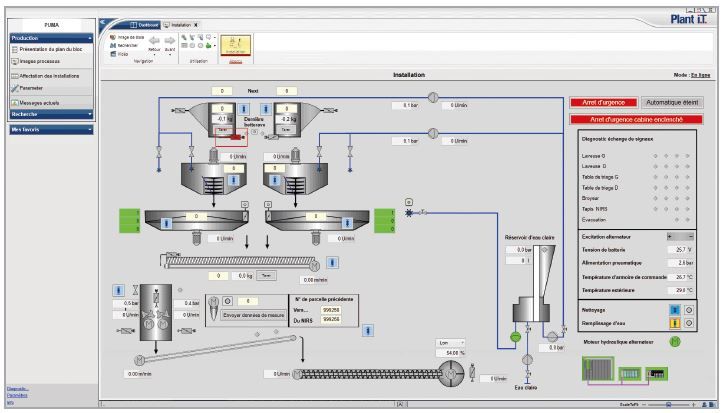 The biggest asset when developing the process control system for PUMA III: The experience already gained with previous models. “We designed free-running phase controllers to control the individual processes within the machine. They allow the operator to control all the central work steps, such as washing, weighing and analysing the sugar beet.” The overall system is designed to track the plots currently being processed via the add-in block plan. König: “The block plan plays a key role in the entire process, from harvesting to analysing the sugar beet. All measured values of the sugar beet must be precisely assigned to the individual plots in order to be able to provide accurate statements about the quality of the varieties based on the test results. By using the add-in, the laptop operator in the vehicle can access an exact image of the plots in the trial field. This guarantees that the harvested sugar beets can always be traced back to their original location.”

A further additional feature also provides an overview of the exact assignment of work steps in PUMA III. “As a result, the operator has, at all times, a complete overview of which beets from which plot are currently being processed in the machine and at which stage of processing.” New or extended functionalities on the one hand; simplified processes and greater transparency on the other. König: “When it came to the sensors, we designed the communication to allow the relevant information to be fed directly into the database via a CSV file. This has helped speed up the whole process, from collecting data to processing and assessing the final results.”

Based on the experience gained from equipping PUMA I+II vehicles, the project was completed almost without incident; the schedule was met in full. The laptops were initially set up at the ProLeiT headquarters in Herzogenaurach, from where they were transported to Roye for the fi rst trial runs with PUMA III. This is where the program sequences were then optimized and adapted to the machine. In Sept. 2019 – just in time for the sugar beet harvest – PUMA III in Roye was able to commence operation and supply the first successful trial results to its operators.

Frank Friedhoff, Head of Technical Processes at KWS, draws a positive conclusion from the renewed cooperation with ProLeiT: “As with the automation of our PUMA I+II sugar beet lifters, ProLeiT was able to implement our requirements precisely and reliably in this project, too. Thanks to the new or improved functionalities in PUMA III, our colleagues in the field now have an even better overview of the ongoing processes inside the vehicle. The high degree of usability ensures the lifter can be operated without the need for a background in electronics or mechanics. The mobile and automated acquisition of laboratory data enables us to analyse the beets directly in the field, instead of first having to take them to a stationary laboratory. This means that breeders receive the data for their plots several days earlier.”