Back to Archives: Building Automation and Control 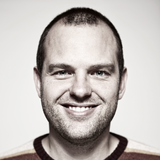 As of the newly released version 1.1.5 there're two new functions in the script editor.

the getChildByName still works although reading the TPA it can seem that it doesn't.

The added functions getChild and getChildRecursive are great, but they are not changing color to red in the script editor, showing that they are valid functions. I've filed a case to product support. 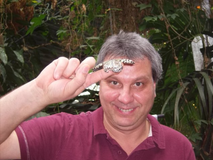 There is also a new property of the Bind PreventDefault but it doesn't seem to work in Workstation. It does work in Webstation, though.

I could not get to work at all in either Work or Webstion the long awaited ConvertStatus.

Hmm. Can't even see the convertStatus. What should it do, and how to use?

I've tried a bit, but I can't seem to get it to work right.

Oh, I remember now. Is the value offline/online/forced and so on. But I agree that it's not fully elaborated. Strange that if you put it under a bind that attacks the "Fill" of the overlying object, you can't browse the color.

Have you reported this to PSS?

I tried manualy to fill the field but no GO.

It’s too bad PreventDefault doesn’t behave in  Workstation. I was so happy to see my new component working like a charm in Webstation and then surprise!  At first I couldn’t believe, usually is the other way around. So now, I have to put on top of my component a dummy rectangle with redundant bind in order to achieve the same behaviour in both places.

My goal is to produce a totally ScriptLess component, which I would have had it if ConvertStatus worked, that will properly display simple things like online value, offline value, forced by operator, and various states of linked alarms.

We got hit hard on a job where all graphics and components contained enormous amount of scripts, some with hundreds of lines of code with unsupported by tgml java functions and endless If..Then..ElseIf conditions triggred on load and signal change trying to figure out the platform and the listed above simple items such as forced by operator.

Anyways, I am revamping the design and stripping away scripts as much as possible and trying to take advantage of the new functions and properties in 5.1.5 to make it work accross all platforms including Xenta Server, I hope.

This is just nuts!

On the job that I am working on if I open to edit any graphic from Vista and try to ungroup any group or component that has the signal binding already done the editor will crash without a warning message. It will simply freeze up and stay like that until the process is killed from the task manager. If you drag and drop a new component ungouping is possible until bindings are done or grapic saved in Vista.Can someone please confirm this? Do I have to open yet another case?I have applied the hot fix as soon as it was released.

Can you send the graphic? (Export it from TAC Vista)
Share

here is one, they all crash the editor

You have binds and components that have the same name. Eg. component = "P3_Sts" and bind = "P3_Sts". This will give you a complete bind name of "P3_Sts.P3_Sts".

I definately think that it shouldn't matter, but now you know why. Will you report it?

Thanks a lot Benji, may be i should report it.
Share
Top Experts
See More Top Experts