I have acquired two new-old stock BK500EI units, about 15 years old, not previously used.  One was still in the sealed box with the QA slip attached.

Both units were fitted with new Panasonic batteries, charged-up and deployed on light PC loads in the same household.

Both units have exhibited an identical fault, going on battery for a short time for no apparent reason, starting randomly anywhere from a day to several weeks after deployment.  The fault continues for perhaps 10 minutes then stops and as best as can tell may randomly reappear later.

Power to the UPS loads is not affected, nor does putting the UPS on a different load change anything.

I noted the serial numbers of both units are within the APC recall range but both 'exempt' due to "R" suffix.

The AC line input voltage and waveform was monitored and found to be stable throughout, see video.

The output voltage waveform was monitored and the unit is conformed to be switching to battery during the fault.

Does anyone have any ideas as to what I should look for?  I'm willing to do some troubleshooting as I would like these units to be functional.

Thanks, William, for your extensive testing indicating a potential purpose for these fuses. The issue I found is that the current software causes the clicking problem. Without that, or the cable connected, the units work fine.

Seems to be the same problem this guy reported last year:

EDIT: after weeks of experimentation I seem to have stumbled upon the answer, and yes, it's an APC issue.  I will return the generous input and support I've had here by keeping the solution to myself. 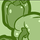 Thanks to your posting I discovered that a long serving Back-UPS CS 350 of mine was covered by a recall! I can't find your other posting now, but I believe you posted a question regarding the nature of the defect and noted that your unit had additional fusing in series with the transformer, possibly as a result of the "repair" done to it.

I finally got around to calling APC after inquiring on this forum as to whether or not the recall was still active. Same as I'd done when posting my inquiry here, I asked the representative if there were any details about the fault that led to these units being recalled. To date I have been unable to get an official answer, probably for reasons of liability or similar. The unit has never given me any trouble. It's never been loaded to more than about 90 watts.

I think I've found the problem.

Before surrendering my recalled unit to APC, I did some experiments. My hypothesis was that the recall might have something to do with an overload condition on the battery backed outlets, based on the fact that your repaired unit had fuses in series with the transformer.

(Note to anyone reading this: what I'm about to suggest is dangerous, a bad idea, absolutely not recommended by anyone, and absolutely not to be attempted for any reason. As always, you  and only you bear the sole responsibility for the results of your actions: good, bad or anything else. I'm not affiliated with APC or Schneider Electric in any way. Neither company endorses or approves of anything I have to say. Nothing I have to say constitutes an official commentary. I am only an end user.)

I very deliberately arranged to overload the battery backed outlets on my recalled CS 350 in a place where it could do no harm even if something horrible took place. The total load was 450 watts, mixed between resistive and inductive loads. And rather interestingly, it did not complain of an overload while running from AC power and carrying the previously mentioned load. The only complaint came when I forced the unit to run from battery power, at which point an overload was indicated. The inverter did not shut down, despite the fact that its output was sagging quite badly, though whether through something like transformer core saturation or the inverter's output stage running out of oomph I'm not sure. I'd guess that some of both were taking place. Upon returning to AC line power, an overload was still indicated on the unit's front panel.

Long story short, I believe the overload shutdown protection on the recalled units isn't functional. I didn't try prodigiously overloading the unit with something like a resistive heater as I'm not sure what APC would have thought if I'd have cooked the unit prior to returning it.

I'd guess that the fuses in repaired units from the recall's original time frame are a stop-gap measure to forcibly shut down the unit in the case of a severe overload.

Overloading the replacement unit in much the same way produced a different set of results. It does notice the overload from the moment it takes place. Its inverter also behaves quite a bit differently: it still doesn't shut down, but appears to employ some kind of "soft" limiting as protection.

For whatever it's worth, I took some pictures of the new unit's internals as compared to the old. Those are here. (Again, to anyone reading this: please don't go poking around in these units unless you clearly understand the risks, which are considerable.) There doesn't seem to be a whole lot of obvious difference other than presumable design improvements over time. However, the fuses on the circuit board are 10 amps smaller (30A versus 40A) than those in the older unit.

(You will also invalidate your warranty, at least in theory, by poking around inside these things. I don't really care about the warranty: I figure I've gotten my money's worth from the original unit and its replacement didn't cost me a dime.)

EDIT: after weeks of experimentation I seem to have stumbled upon the answer, and yes, it's an APC issue.  I will return the generous input and support I've had here by keeping the solution to myself.

I hope you might reconsider this position as I'd certainly like to know what you found. (I certainly would have thrown my own two cents into the ring much earlier, if I would have had anything to offer you at the time.) I have some larger units that behave as yours did. If you would rather not post here, it is possible to figure out how to contact me via e-mail with a little effort.

Thanks, William, for your extensive testing indicating a potential purpose for these fuses. The issue I found is that the current software causes the clicking problem. Without that, or the cable connected, the units work fine.