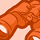 A couple of days ago I started having trouble with my ES 500 which I've had for at least a few years with no problems. On at least two occasions and without any warning it beeped and then everything plugged into it just died--no graceful exit. I have no idea why. It just utterly failed. Not wanting Windows to get wrecked with more of this I went out and bought an ES 750. The 750 has been doing two things: 1) occasionally Powerchute makes an announcement noise and shows an exclamation point by the icon, and then goes away within seconds. I have no idea what it's trying to tell me, and 2) Less often, but twice today already, Powerchute has said the UPS is overloaded. What's interesting about that is I don't really have any more plugged into it than I did before, and out of 450 watts available it says I am only using 180 (200 at most). I have not noticed any overload lights coming on the unit itself, and it never beeps.

My system has a fairly new PSU (a couple of months ago) and is a dual-core AMD system. The PSU is a SeaSonic S12 Energy Plus 550W ATX12V V2.3. I don't do any gaming. I do have a lot of peripherals, but as I said, I ran these before without problems. Cable modem, router, hub, two external drives (only one stays on), scanner, printer and Boston speakers.

There are no events in the log. Do I need to change the sensitivity or voltage? What the heck is going on with this?