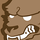 I first purchased my APC BackUPS BE650G-CN in October of 2011. In June of this year I first made use of the PowerChute software that went with the unit (previously was used for my "server room", then switched to use it with my main PC). It indicated that only 3 minutes of backup time was remaining, and advised me to replace the battery. Guided by the "battery picker" on the APC website, I purchased a new battery of the exact make and model necessary for the unit.

When I replaced the battery on July 8th, the PowerChute software indicated that I now had 43 minutes of battery time remaining.

Today on July 15th we had a power outage lasting 5 seconds. The PowerChute software indicates that the battery is charged at 100%, but that only 3 minutes of battery time is remaining.

This has me very concerned, for the maximum run time allowable from the software before shutdown is only 2 minutes. What the heck happened to that brand new battery? Now I am beginning to doubt whether the old battery was exhausted at all, because we had maybe one very brief outage in all the time it was hooked up in my server room between October 2011 and May 2012.

So now I have disconnected the PowerChute software, hoping this will give me closer to the originally stated 43 minutes of backup time. Given the load, 43 minutes does seem a little optimistic on a 650W UPS. But it should be way more than 3 minutes. I am not sure of the exact load, but before my last 750W UPS died (prompting me to switch my PC to the "backup" UPS ;), it was able to give me 25 minutes of backup time. So to my mind neither 3 minutes nor 43 minutes seems realistic.

Other than this, the unit seems to function correctly.

What do you think: is it the PowerChute software or the unit itself which is defective?