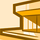 I've recently replaced battery on my BE750G-CN with new RBC17. Everything looks okay, battery get charged to 100% and was like that for about 1 day or 2. And during last week it dropped to 91% and now it is 84%.
I didn't plugin any new equipment to it or change anything. Is it okay, or something wrong with battery?

You are very much welcome.

Did you notice if the UPS has switched to battery operation that would cause the charge to drop? Have you done any runtime/battery calibration on the UPS? Below are the steps for manual run time calibration.

In addition to the abovce conditions, any UPS monitoring/shutdown software should be stopped from running in the background, and the serial cable should be detached from the UPS. This is necessary in order to prevent the software from shutting down the server/UPS due to an on-battery or low-battery condition

Yes I did that calibration process after I replaced and charged battery to 100%.
After calibration battery get charged to 100% and stay at 100% as I sad for about 1 day or 2 and then it went gradually down to 84%.
And according Powerchute log for that period of time it didn't switch to battery because of power drops or blackouts. I don't know what
else I should check or try.

Yes, it went now down to 77%. Should I go back to the store and replace it to another one or need to do some other kind of calibration?

Message was edited by: google 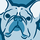 I have a similar issue. My BE750G was running for about three years, controlled by an older version of PowerChute under Windows Server 2003. At the end the battery runtime was listed as 0% so I assumed the battery was dead. Fair enough, so I ordered a replacement RBC17. Now, at the same time I retired the Windows Server 2003 machine and connected the UPS to my new Windows Server 2008R2 64bit home server. I installed PCPE, and saw the battery happily charging up to 100%. But then over the course of a week the charge kept declining (with no power outage) until it was again at 0%. I thought I may have gotten a lemon battery and ordered another RBC17 from a different vendor. Put that on into the BE750G, just to experience the same issue. Battery charging once to 100%, and then steadily declining. This time I simulated power outages by pulling the plug for a while. I got the normal beeps, but the estimated runtime nearly immediately went below the threshold (set to 5min) where the UPS was supposed to shut down the server. Which it didnt. Upon reconnecting power the UPS seems to regain some of the charge, but doesnt seem to reach anywhere near 100% any more.

I am a bit at loss what the issue could be here? Highly unlikely that I got two dud batteries in a row. Is this an issue with PCPE on a 64 bit operating system? Would I be better off not connecting the UPS to the data cable? How am I supposed to do the calibration when the battery cannot reach 100%?

We do not recommend installing PCPE on both Windows Server 2003 and 2008, it has never been tested and approved by our software development team.

It appears that the battery charging mechanism is at fault with your unit, it would be best to have the UPS replaced.

JonPro, thanks for your reply. While it may not be officially supported, PCPE works just fine on both platforms.

I tried to install the business version of PowerChute but it would not recognize the BE750E as a worthy UPS. On the positive side the uninstallation of the PowerChute Business suite unlocked the native battery management on my Windows Server 2008 R2 desktop machine.

I had a chat with a person from APC support and they confirmed your suspicion that the charging circuit has died. I have ordered another UPS.

You are very much welcome.